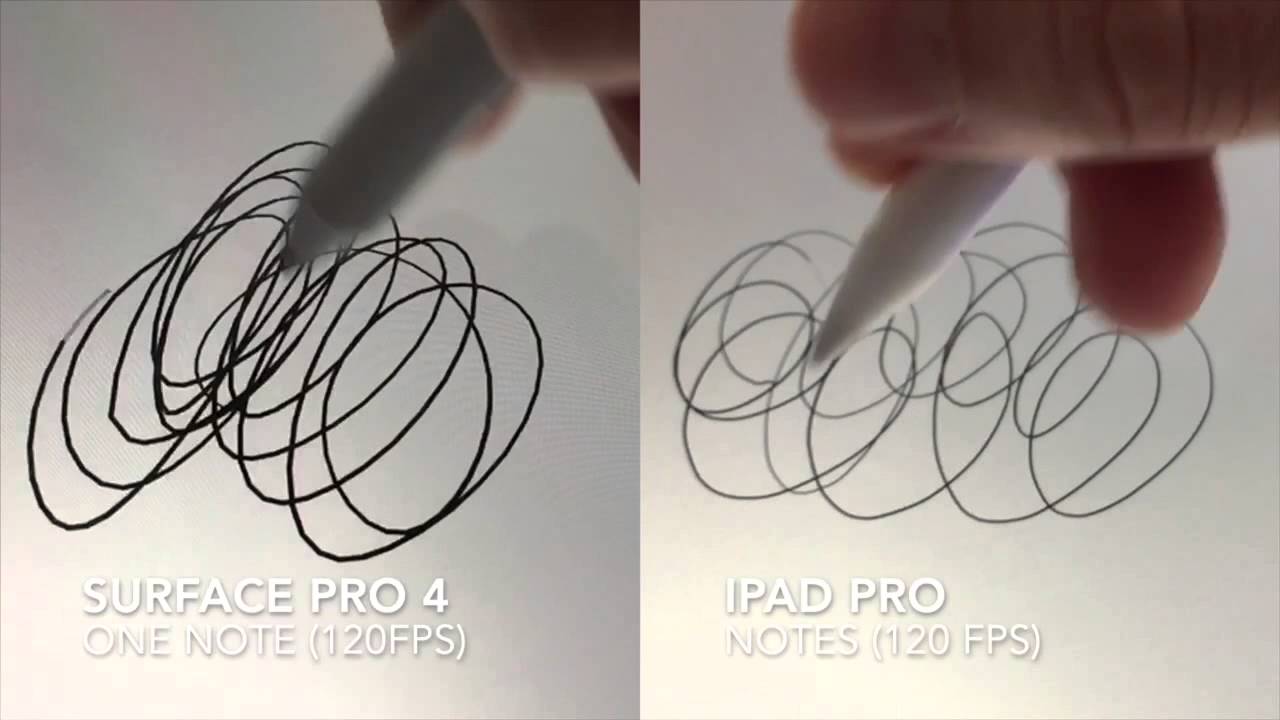 Ever since Apple Pencil was announced, many people were interested in knowing how it compares with Microsoft Surface Pen. The answer is simple, they both work well and it is hard to choose the best among them. Both of them have lag, but you won’t notice it in your naked eyes most of the times. Surface Pen is definitely better when it comes to how the pen feels in your hand and the rubber back also gives your better feeling while erasing. In the above slo-mo video, you can see pen input of Surface Pro 4 and iPad Pro at 120 fps (4x slower). Similarly, Mashsable reviewer tried drawing a spiral on the screen, but they found the expeirnece better on Apple Pencil.

Neither system could actually keep up with my frenzied scrawl, but while the Surface Pro 4 actually lost track of the detail in my lines and seemingly made up the gaps, the iPad Pro, which was somewhat less behind, never lost the veracity of my line.

I think the Pen experience also depends on the application you use. Some drawing specific apps which are optimized for Pen handles them better than the regular apps like OneNote. Check out another video showing Surface Pen in action at 240fps here.

You can order Surface Pro 4 from the below links,