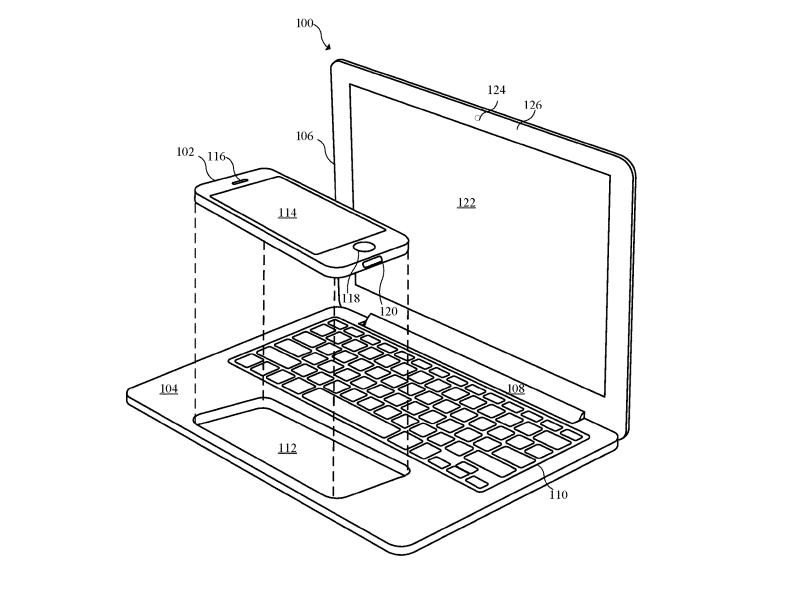 Samsung is set to introduce its Continuum clone, Samsung DeX with the Galaxy S8 later this month. Samsung might not be the only major company to rip off Microsoft’s Continuum idea. As it turns out, Apple is working on something similar for its iPhone and iPad devices, too.

According to a recent patent filing submitted by Apple, the company is working on a device which will allow users to dock their iPhone into the trackpad section of the laptop. From there, they will be able to use the iPhone’s screen as the trackpad and the content from the iPhone will show up on the laptop’s display. 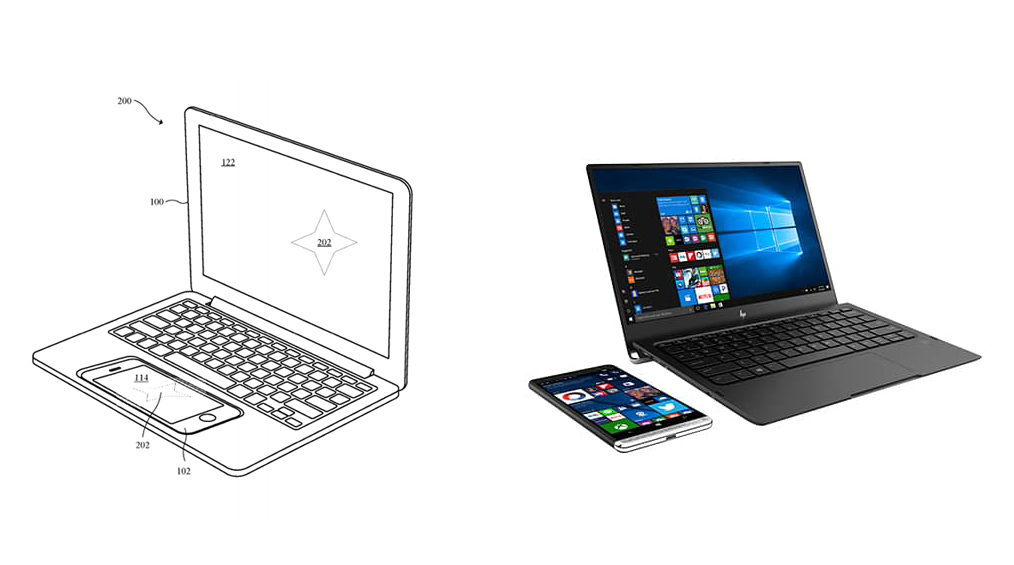 Needless to mention, this is a lot similar to HP’s Lap Dock for the company’s Elite x3 device. The HP Lap Dock, for those unfamiliar, allows users to connect their Elite x3 wirelessly with the Lap Dock and use Continuum on the Lap Dock to get a desktop-like experience. What Apple is working on here also sounds similar, but users will have to dock their device into the laptop and they won’t be able to use the iPhone separately when it’s docked. That’s not the case for HP’s Lap Dock as users can use the Elite x3 even when it’s connected to the Lap Dock — and that’s a major advantage.

Interestingly, Apple seems to be working on a similar idea for the iPad too. In this case, users would dock the iPad into the laptop’s display section and use the iPad as the display of the laptop. Once docked, they will be able to use the trackpad and the keyboard on the laptop to control the iPad: 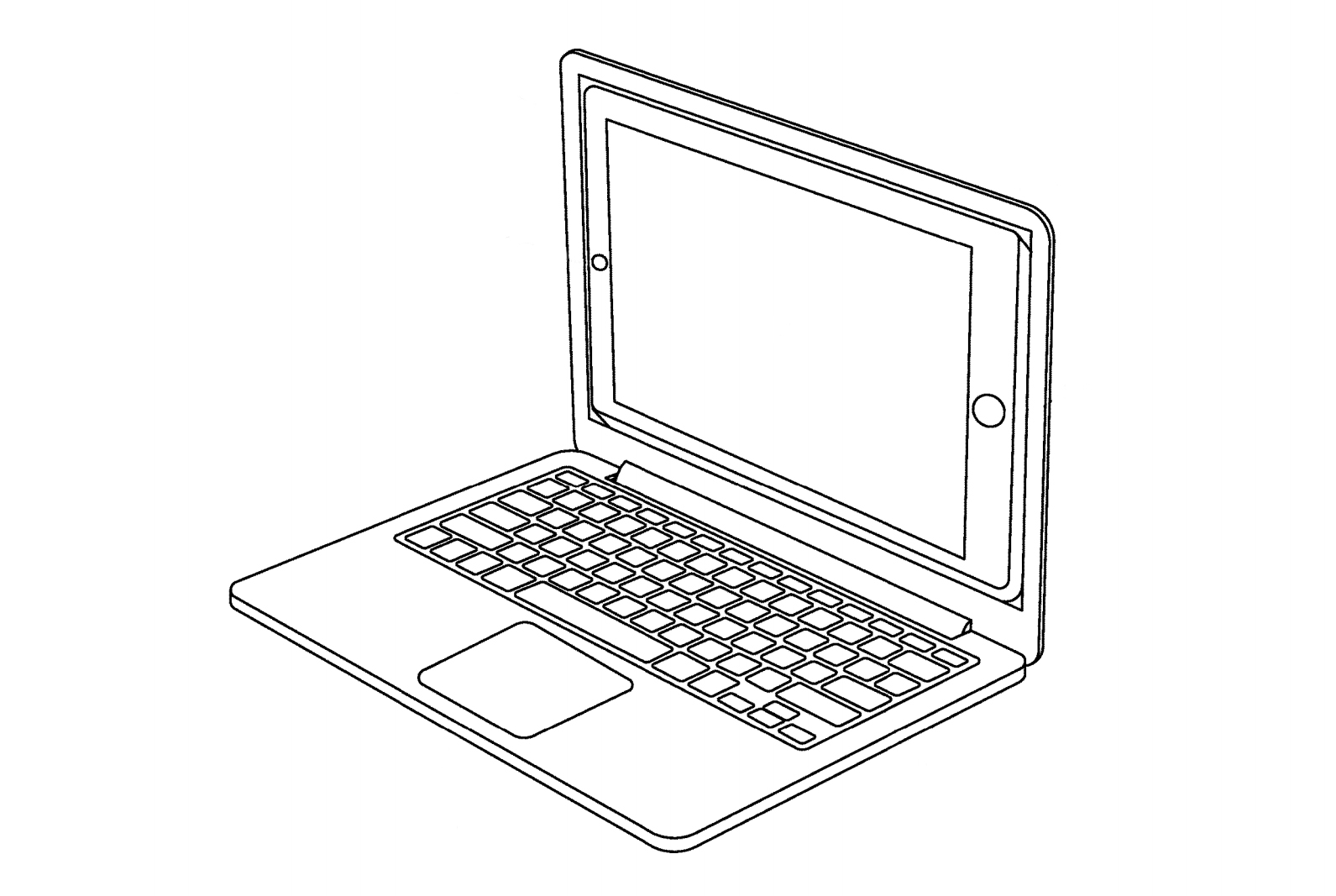 Keep in mind that these are just patents, and we may never get to see the “real deal” from Apple. Still, it looks like Microsoft’s Continuum idea was pretty clever — but the company really needs to ramp up the feature’s development, otherwise its Mobile business may continue to be bleak.