The wireless incarnation of the earlier  Powerbeats 3 headphones, unlike Airpods these will not actually fall from your ears when you exercise, and are sweat and water resistant, making them suitable for your daily workout.

The headphones feature volume and track controls on both earpieces and will automatically pause when you remove them from your ears, and resume when you return them.

Beats claims they offer improved sound quality due to speech-detecting accelerometer and two beam-forming microphones per ear and feature an upgraded driver for “efficient, pressurized airflow”, with low distortion and great dynamic range across the frequency curve.

They feature the same H1 chipset as the new Airpods and touchless “Hey Siri” support.  They can last up to 9 hours on a single charge with the case adding another 15 more. A 5 minute charge adds 1.5 hours of playback and a 15-minute charge 4.5 hours listening time.

The Powerbeats Pro will hit stores in May for $250 and be available in black, ivory, moss and navy. 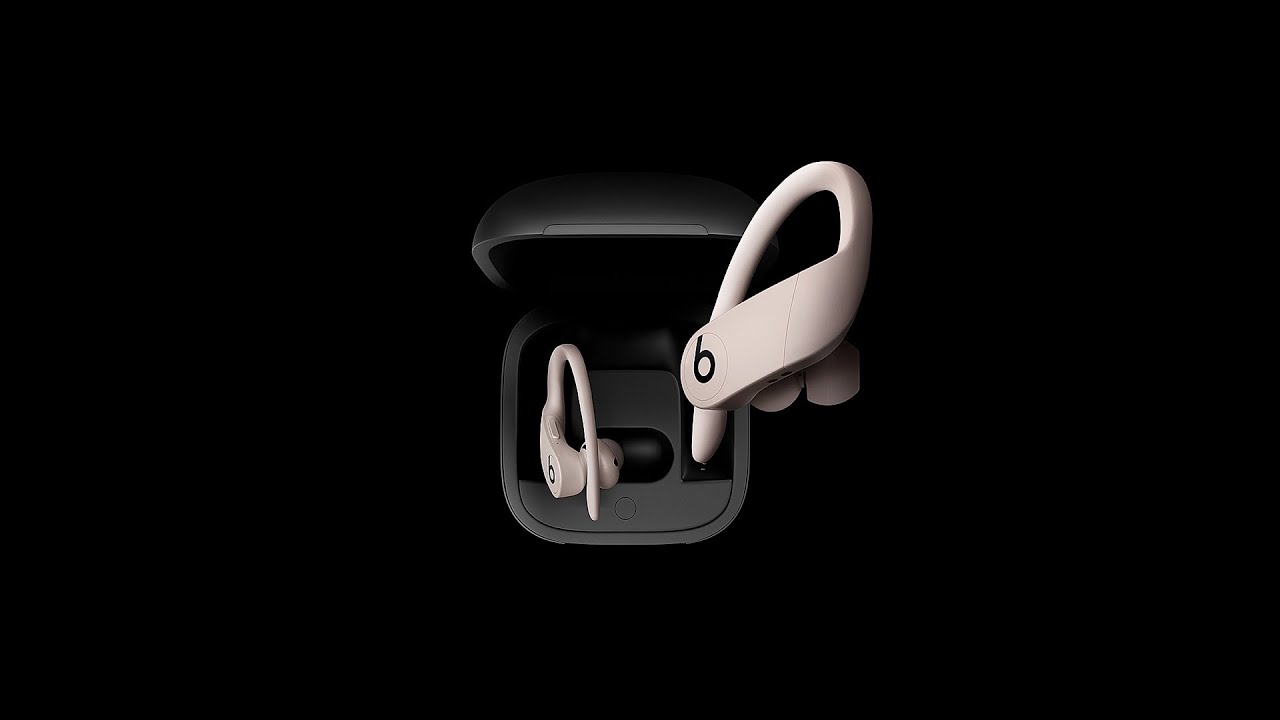