In June Microsoft announced that Android apps are coming to Windows 11 via the Amazon App Store.

The Amazon App Store section will be available inside the Microsoft Store app. With this Android apps support, you can have popular mobile apps like TikTok on your Windows 11 PC.

Starting later this year, people will be able to discover Android apps in the Microsoft Store and download them through the Amazon Appstore – imagine recording and posting a video from TikTok or using Khan Academy Kids for virtual learning right from your PC. We’ll have more to share about this experience in the coming months. We look forward to this partnership with Amazon and Intel using their Intel Bridge technology.

Today a placeholder for the Amazon App Store app was spotted in the Microsoft Store.

Microsoft has confirmed that Android apps will not be available on Windows 11 at launch, but with the work ongoing, it will presumably not take too long after.

The app, which is currently unavailable can be seen in the Store here. 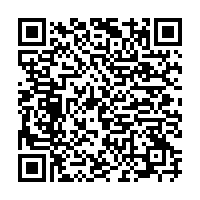