I recently argued that the future of Windows 10 on phones would be an x86 device phablet running full Windows 10, with access to both UWP apps and full Win32.  Some readers agreed and some readers disagreed, mainly citing battery life issues and poorly behaved Win32 apps compromising the experience.

Now it seems readers will soon have a real choice, with Chinese OEM Akyumen claiming to have developed a 7 inch Windows 10 tablet with LTE functionality that blurs the borders between Windows 10 and Windows 10 Mobile.

Their device would featue a  Intel Cherry Trail 8300 quad-core processor, 4GB of RAM,  128GB of storage, upgradeable with a microSD card, a 13-megapixel rear and 5MP front facing camera, a 3500mAh battery and run full Windows 10 and optionally Android also. The mini-tablet has USB-C and HDMI out, and LTE, GPS and WIFI support, making it a full mobile phone device over VOIP.

It also features a 35 lumens micro-projector which can deliver around 2 hours of use, giving the device a role as a professional device for use by the itinerant salesman who also want to work on the move.

An optional stand with built-in battery is also available to make presenting easier.

For $600 (the Educational package) you get the device and some basic accessories.

The basic package costs $750 and gets you the device, a Sabretooth stylus (which appears to be a capacitive stylus with laser pointer and bluetooth headset built-in), earbuds, a device stand, and a screen protector.

For $850 you get all that, and a bluetooth speaker and stand with battery, again aimed at the mobile presenter.

$950 throws in a game controller and all of the above.

Pre-orders are opening now for delivery in the 1st September.

See a video demo below: 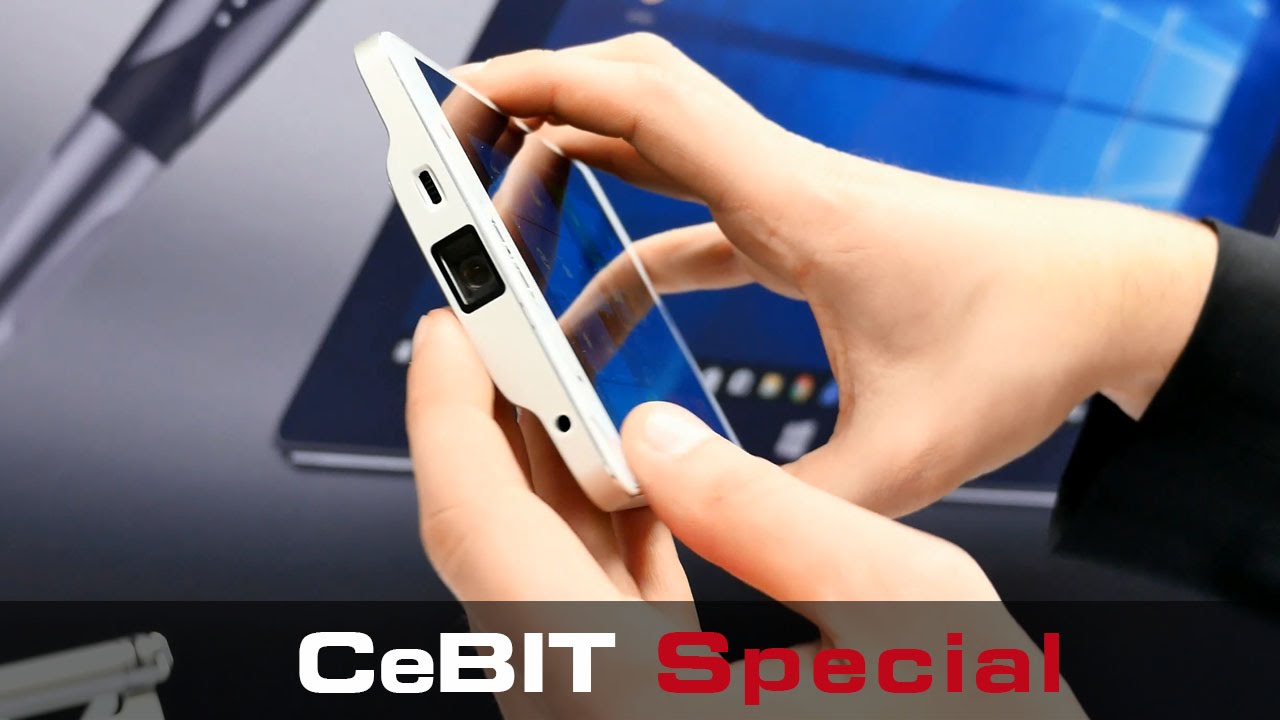 We do not know if this device will be delivered on time, and I think I would prefer a similar device with a more powerful processor from a more well-known name, but it does represent a paradigm shift. We are all Windows users – why not use take it with us in our pockets?

See more about the device at Akyumen here.