Back in April, HP launched the Spectre 13 which was the world’s thinnest laptop and a thickness of only 10.4mm. Today, Acer revealed its new laptop: the Swift 7.  And guess what? It’s thinner than the HP Spectre 13 — the device is only 9.98mm thick. In terms of the design of the device, Acer has done a great job — the device weighs just 2.48 pounds (that’s around 1.12kg), and comes in a black-and-gold dual tone design. For the display, Acer has included a 13.3-inch Full HD IPS 2 display, protected by Corning Gorilla Glass. As for the processors, the Swift will be powered by Intel’s latest Kaby Lake processors — to be specific, Acer will be selling the Swift 7 with the Core i5 processors. As for the internal storage, you can get 256GB SSD. For the RAM, you can get the Swift 7 with up to 8GB of RAM which is decent enough for a laptop like this. 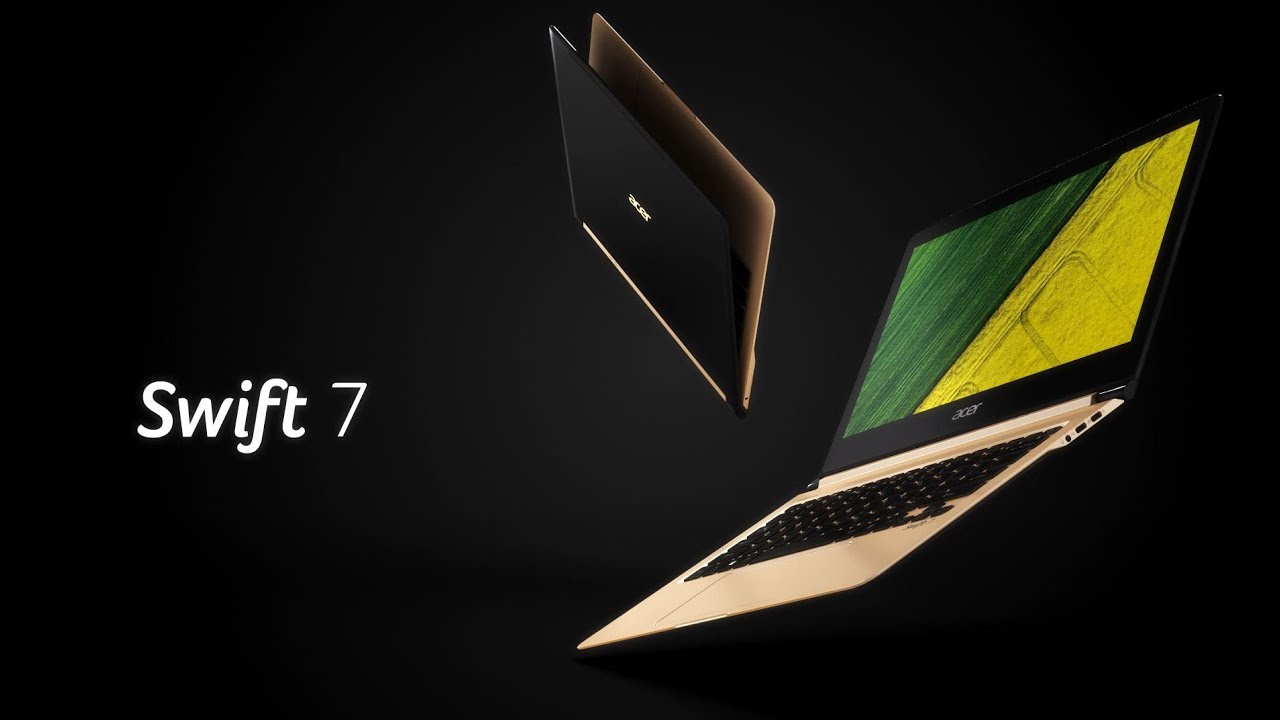 According to Acer, the Swift 7 will offer up to 9 hours of battery life. Lastly, the device comes with two USB 3.1 Type-C ports, which will allow you to charge the device and connect to an external display. In case you are wondering, the device sports an HD webcam with High Dynamic Range support which is also very nice to see.