Three more games are coming to Nintendo Switch Online – NES on the 12th of June.

The trio aren’t exactly big name titles, so don’t expect the world from them. However, if you’re into vengeance, volleyball, or trying to find the perfect man using paint cans and your car, you’re in luck.

Double Dragon II: The Revenge is a side-scrolling beat ’em up. As you may be able to guess, it’s a sequel to Double Dragon.

It was first released as a coin-operated arcade game back in 1988 before an 8-bit version was released for the NES in January 1990. The NES version is significantly different to its arcade predecessor.

Players control Billy and Jimmy Lee, two brothers who are out to avenge the death of Billy’s girlfriend Marian. If, by some miracle, you’ve played the original, just be aware that the sequel disregards the original game’s plot twist.

Volleyball is, uh, a game all about volleyball. It really is all in the name. It was first released for the Famicom Disk System in 1986 before being re-released on the NES in 1987.

If you already know how volleyball works, skip to the next section. If not: the player controls a team of six players, three at the net and three in the back. You can serve the ball by pressing the same button twice. Try your best to whack it back over the net. Don’t miss! 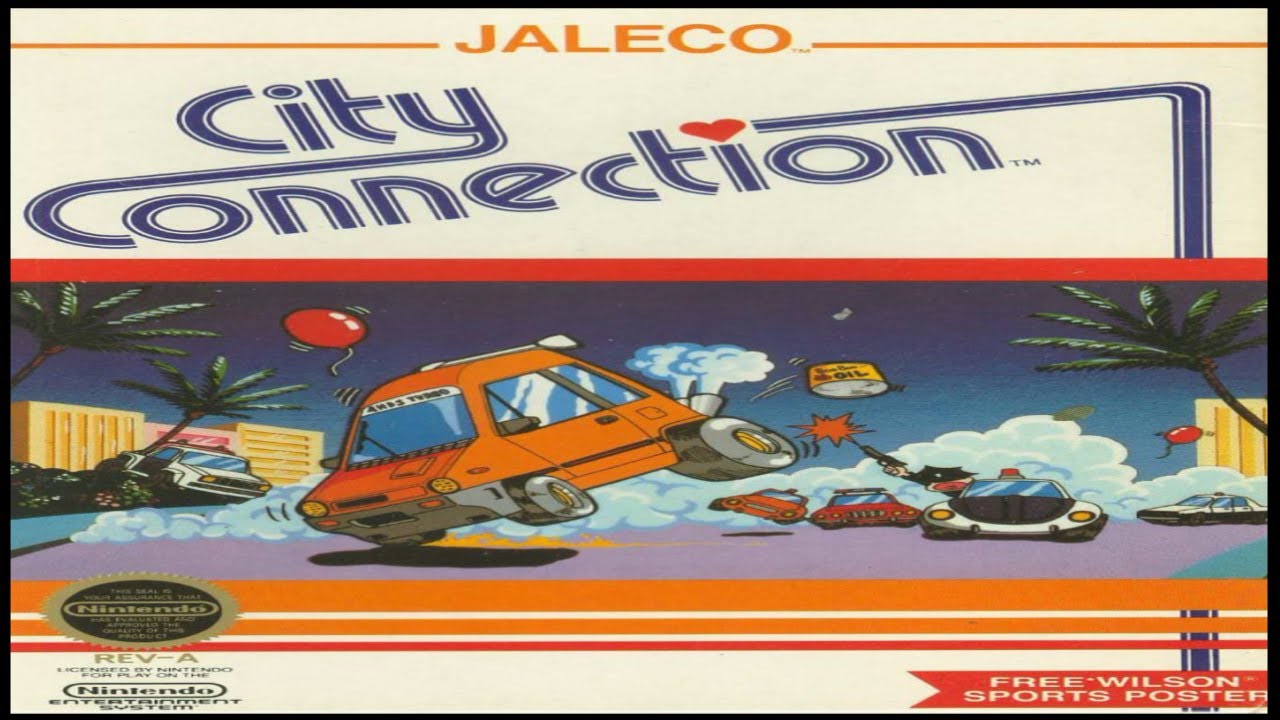 City Connection is a platform arcade game where you play as Clarice, driving around in her Honda City hatchback. You, as Clarice, must paint every section of a highway while evading the police and searching for the perfect man. You heard me.

All twelve stages are based on famous locations across the world. Once you beat the game, it starts again, but at a higher difficulty level.

You also can’t run over cats. That’s a key feature of the game.