Having already tied up the turn-based tactics crown with two rebooted XCOM entries and a hefty expansion, perhaps it isn’t too surprising to see Firaxis Games want to branch out and experiment with the established formula before making the jump to a true XCOM 3. As such, Chimera Squad isn’t afraid to change things up, but luckily never to the degree that the gameplay becomes wholly unrecognisable. Instead this standalone spin-off represents a more bite-sized, admittedly less involved, but still enjoyable spin-off that makes the experience less daunting for newcomers.

Now, it’d be so easy for me to discuss XCOM: Chimera Squad in a negative light in terms of the features that aren’t here anymore. The big one veteran players might be put off by is the absence of custom units. Whereas before you named your troops and personalised them before sending them into battle, XCOM: Chimera Squad gifts you with a pre-determined set of agents. However, what could’ve easily felt like a drawback quickly becomes a perk, as it means you can now immediately hit the ground running with a squad of elite soldiers – all of whom boast unique agent abilities.

No longer in an XCOM game did it seem like I had to spend the first few hours spending precious time, money and resources getting my units to a strength level I’d like them to be, as readymade characters like Godmother, Verge and Terminal are instantly here and ready to kick ass. This relatively small (though substantial) design choice means you can focus on the weighty strategy decisions that actually matter and less time finicking around in menus. It’d further helped by how each Chimera Squad member features a distinct visual aesthetic informed by their class/ race and plays a significant part in the story.

Speaking of which, and XCOM: Chimera Squad again simplifies things to make a play for accessibility by setting events five years after XCOM 2’s War of the Chosen. The evil Ethereal menace has been defeated and the peaceful society of City 31 has since risen up, meaning that humans, aliens and even hybrids all live in harmony. This co-existence agreement seems like it’s going well at first, until three distinct separatist groups pop up to pose a threat, forcing you to crack down with police-like authority. By shrinking the scope down to just a city rather than an entire planet, Chimera Squad smartly avoids world-ending clichés and any baggage that comes with it.

Into the battles proper and a lot of what made XCOM 2 so successful remains intact. You begin each skirmish with your preferred roster, completing objectives like save the VIP, destroy the item and clear the area of enemies as efficiently as possible. There is a slight change by way of the new Breach feature, where you don’t simply drop into scenarios, but rather breach Call of Duty-style into areas to catch unsuspecting enemies off-guard. However, what could have been treated merely as spectacle actually adds a new layer of strategy, letting you choose the order in which units barge in and deciding what breach route to take depending on the temporary bonuses they’ll grant you.

Breaches aside, however, and this is still very much XCOM. Every mission is filled with instances where the smallest wrong decision made early on can cause you issues later, ensuring that every move you make counts. It’s bad enough to miss a shot you were told had an 81% chance of hitting, sure, but it stings more when you’ve placed units at the opposite end of where the evac spot appears. Cases like this can make the difference between a “fair” and “excellent” mission rating, as are factors such as how many of your units make it out alive.

Making small, calculated decisions during battle is still at the heart of XCOM: Chimera Squad, but a lot of the risk is admittedly offset by permadeath being done away with. Instead, now when a unit goes down they simply enter a bleed out state, suffering damage that will hamper their stats in future battles unless an ally stabilizes them (or you send them to training later). It’s quite clearly the result of Firaxis wanting to improve accessibility and feature a more authored story where characters are persistent, which would have been at risk of making battles less punishing where it not for how turns are now handled.

You see, no longer do turns simply fall into player and enemy phases. Rather, in XCOM: Chimera Squad they’re interleaved, which means that the turn order is completely mixed. You act with your troop, then it could be the enemy’s, unless you use an agent ability to stun or incapacitate them, and so on. I initially remained sceptical whether or not interleaved turns could drastically affect how skirmishes played out, but the rhythm of XCOM definitely changes as a result of it – to the point that you’ll be at a disadvantage if you don’t pay attention to the turn order displayed in the top right.

In between battles, XCOM: Chimera Squad does do away with the sprawling Geoscape but it’s replaced with the much more manageable and pared back City 31 map. It’s here where you’ll need to manage the status of nine distinct districts, establishing field agent precautions, researching resources and completing side missions so that anarchy levels don’t spiral out of control. Micro-management such as this is never my favourite portion of strategy titles, but at least Chimera Squad has the decency to make it more streamlined. When cities do divulge into chaos, it’s more than likely because they have to due to the story.

Finally, one of the last elements I think is worth highlighting about XCOM: Chimera Squad refers to its presentation. Whereas prior titles seemed to constantly get caught up their own self-seriousness (shown visually boring greys and stern blues), it was nice to see Firaxis opt for a more neon-centric art style for this spin-off. The story is primarily told through these vibrant animatics that pop off the screen, which when coupled with the excellent voicework really sold me on this idyllic metropolis of City 31. It’s a shame, then, that the same can’t quite be said for the maps, which are varied in terms of layout and phases, but still are lacking in terms of colour. Give me some more of that purple! 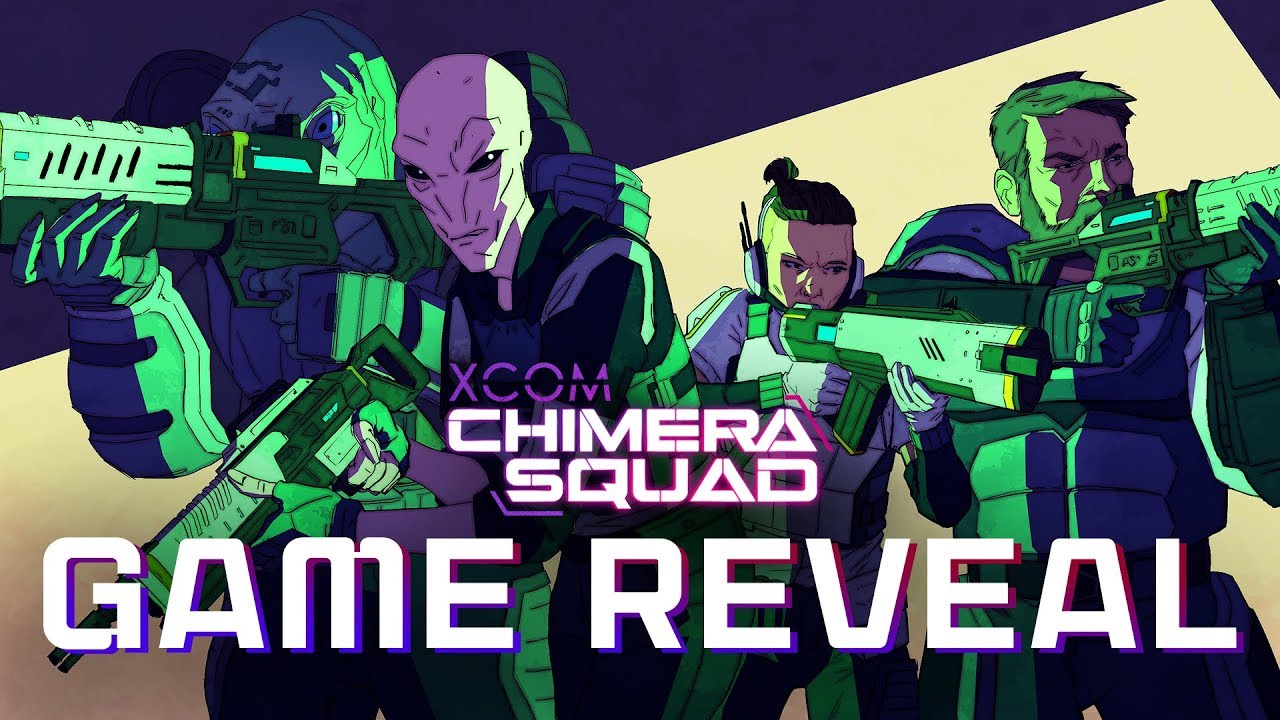 Is XCOM: Chimera Squad as good or as deep as XCOM 2? Not by a long shot. But I do appreciate Firaxis willing to try new things in the lead up to whatever comes next. Inventive additions like the new Breach system and interleaved turns forced me to think on my feet in clever ways, even if they don’t entirely reinvent the strategy wheel in the grand scheme of things. It’s clear when playing Chimera Squad that Firaxis could have gone further with these changes. But for now, considering this is just an experimental spin-off, these tweaks make for a nice shift to the XCOM formula.