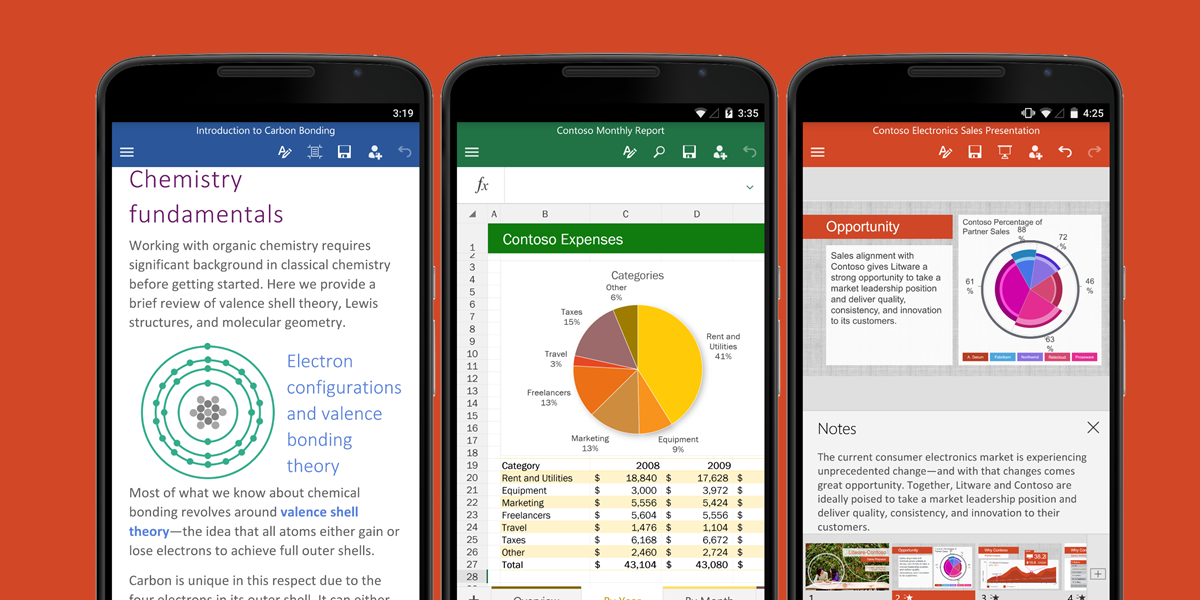 In June 215, Microsoft released their Office suite for Android phones. The decision signalled the end of Microsoft’s homegrown mobile ambitions, with Microsoft announcing a month later that they will be writing off their acquisition of Nokia’s phone business.

Now little more than 3 years later the company’s headline productivity apps have reached more than 500 million installs on Android – Word passed the milestone in May 2018 and today Powerpoint and Excel crossed over into the 500 million+ category.

While the apps come pre-installed on many phones, the 4.5/5 rating for the apps suggests many millions of happy users.

Given that Microsoft does not have their own mobile platform, the achievement speaks to the success of the company’s strategy of building a raft of applications and services on Google and Apple’s mobile platform, a reversal of the strategies the other companies successfully employed 20 years ago.  Three years ago there was a debate around Microsoft supporting their mobile Windows platform by keeping these apps exclusive, but today I suspect it is clear that the company made the right decision of meeting their customer’s needs on whatever platform they are using.

Do our readers agree? Let us know below.