One of the lesser known new features that arrived with the latest build of the Windows 10 April 2019 Update is likely one that will be most prominent in day to day use.

The latest Insider Preview Build (18323) features this one line under new features:

When using your accent color on the taskbar has been enabled, the taskbar and start jump lists will now also be accent-themed.

The dramatic effect of that change can be seen in the screenshot above, with a splash of colour where once used to be a rather dark shade of grey.

The feature requires users to have, in Personalization>Colour to have selected “show accent colour ” on “the Start, taskbar, and action centre and Title bars“, but otherwise does not need any further intervention. 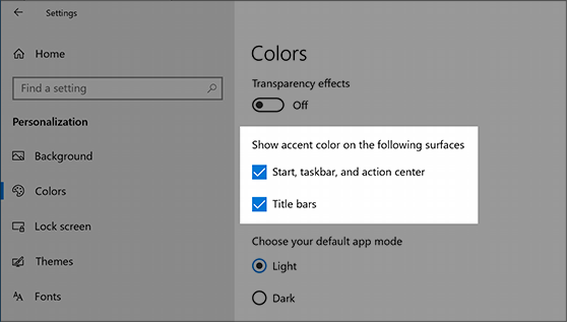 The feature is currently only available in the Dark Theme, but Microsoft may bring it to the Light Theme in the future depending on feedback.

Brave users can try out the feature now by signing up as Windows 10 Insiders in Settings> Updates, but we should all be able to enjoy the improvement in the April/May time frame later this year.