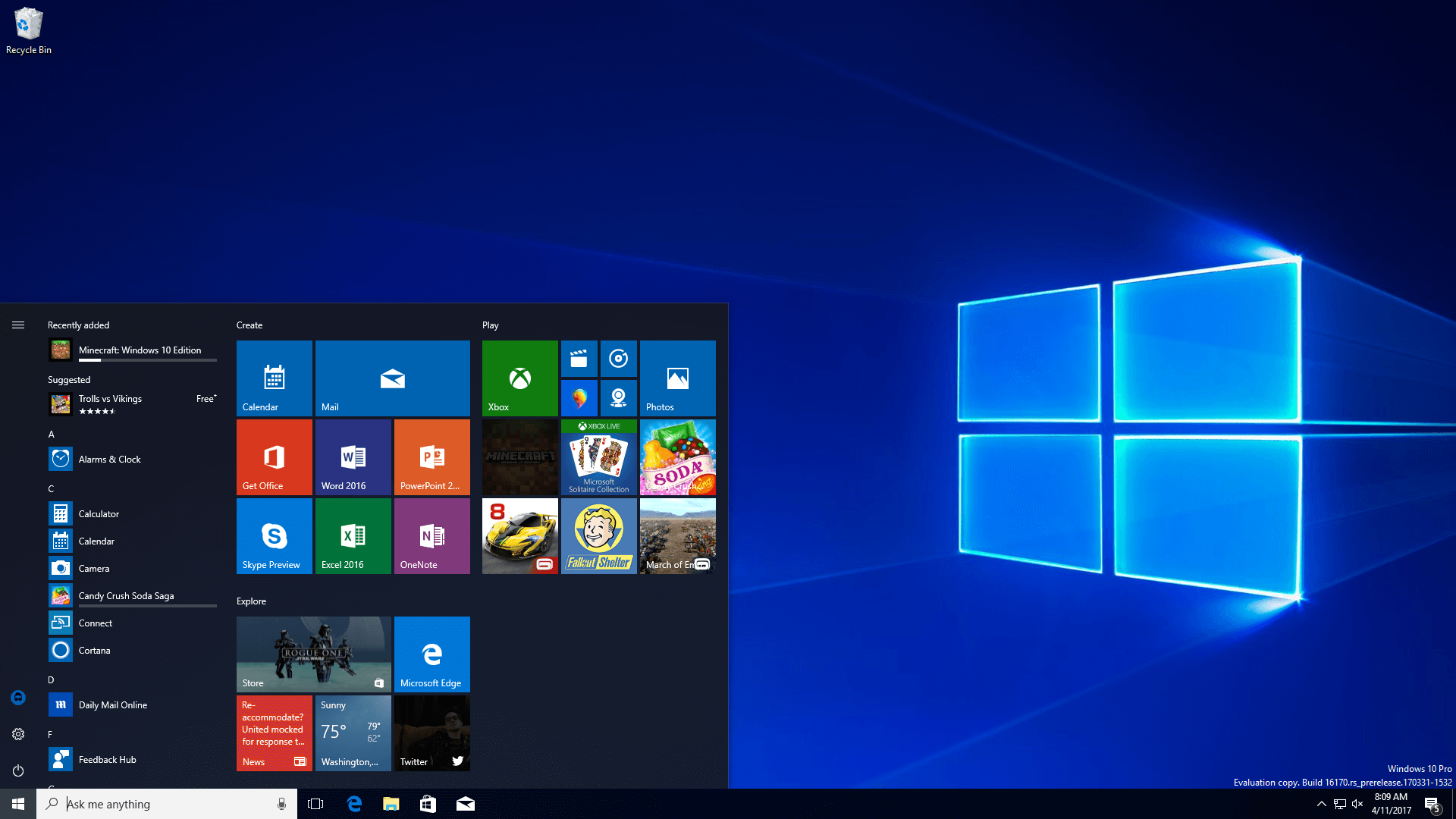 Windows 10 Cloud (aka Windows Cloud) is set to be launched early next month in New York. Windows 10 Cloud, for those unfamiliar, is going to be a new version of Windows 10 that will power affordable PCs that compete with Google’s Chromebooks. These devices are likely going to be called CloudBooks, and they will feature specs that are capable of powering a smooth experience in Windows 10 Cloud.

Some of the other recommended minimum specs include:

Here’s the leaked document — which also compares the performance benchmarks of a CloudBook with a Chromebook: 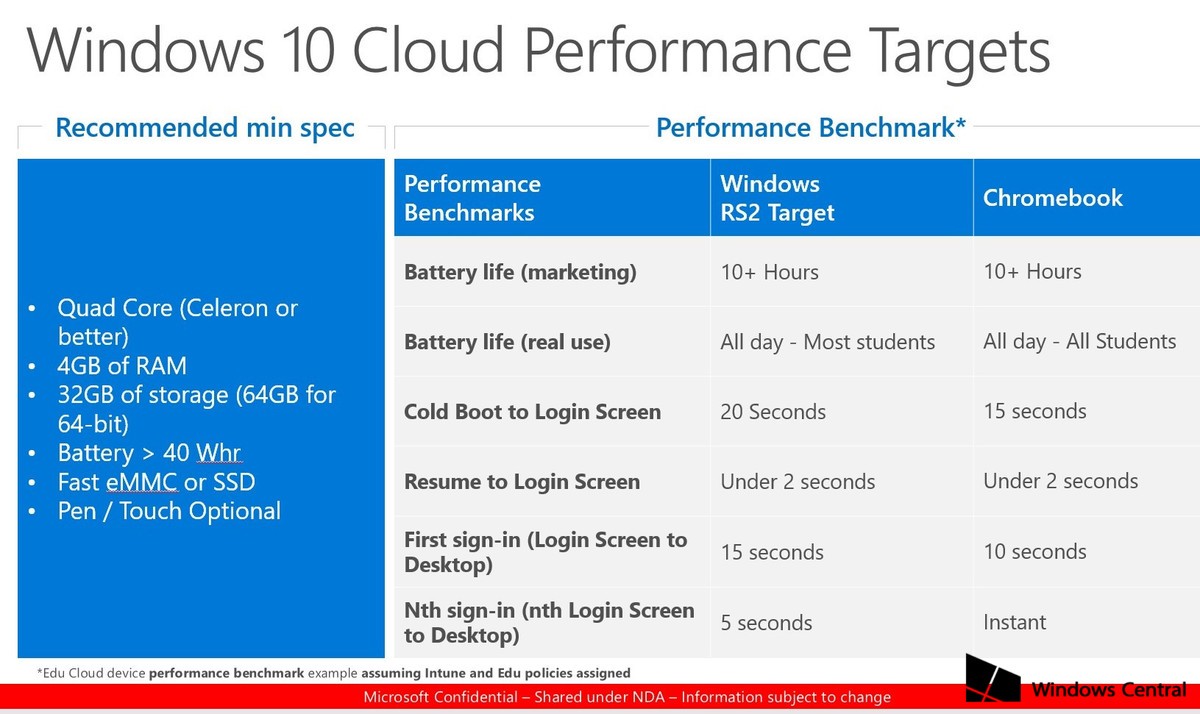 Obviously, these specs aren’t high-end and that’s because most Windows 10 Cloud devices will be aimed at students who likely wouldn’t want to spend more than $300-$400 on a laptop. Interestingly enough, Microsoft will market the battery life of the CloudBook devices as 10+ hours which is probably because the company wants to be on the safe side. We will get to know more about Windows 10 Cloud and the CloudBook devices at the May 2nd event, which we will be covering live.