It’s undeniable. Microsoft has dialled back the hub concept in Windows Phone 8.1. Indeed we don’t know how Windows 10 would work so commenting on future plans is impossible.

However, it is becoming clear that for Windows Phone to move forward, it must look back.

Early reviews of Windows Phones were characterized by hopefulness and praise for its ease of use. In time the honeymoon phase would pass and the critiques would begin to pile up. The OS was criticized for many things. Mostly lack of apps and missing functionality. Remember when reviewers complained about the Windows Phone hub concept? Me neither. So why is Microsoft killing off the hub powered model for an app-powered model? Simply put, they believe in greater flexibility in Windows Phone now. So rather than build services into the OS, they split it out into apps which can be used independently. The theory goes, if a service adds functionality Windows Phone users merely need an app update rather than an update of the whole OS to get it up to date.

Let me let you in on my Workflow when writing anything an essay for school, a really long post or random piece of fiction. I use a combination of the Office Hub, OneNote and sometimes Wunderlist. The Office hub is one of the best apps in Windows Phone and while it is limited, it is and has always been extremely reliable.

Does anyone see where I’m going with this? 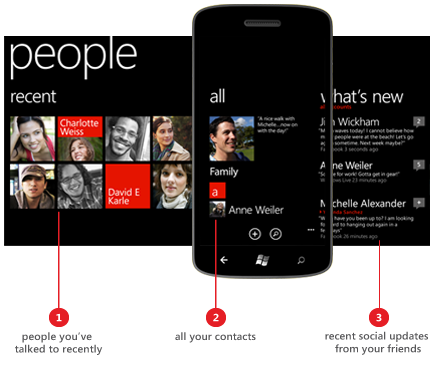 For third party apps, it is understandable. Third party apps are extensions writ large, they merely build on your experience. For apps that make up the core experience like the music and calendar apps, they make the OS seem cobbled together. Let us consider Xbox Music, Xbox Video, Games, and Skype. The first three apps on this list were once built in as system hubs, aside from the design I cannot honestly say that the new apps are better. In the case of Skype, one has never been able to accuse that app of being reliable, and yet it is advertised as one of the cornerstones of the Microsoft experience.

The reason for this has been given. It sounds like a good idea in theory. Dismantle core apps so we can add functionality on the fly. 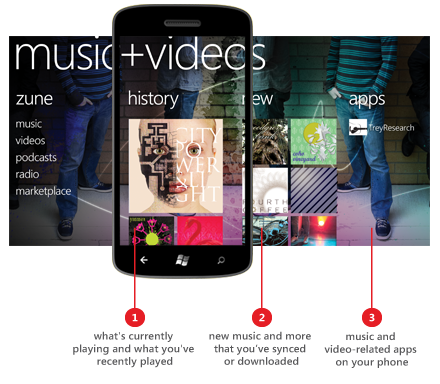 Even if we assume that they would be successful, would one dismantle a house and build it back with Lego because it can be easily put together again if it breaks? Why not just build a sturdy enough house with a strong foundation?

Furthermore, do stories like this fill you with confidence? Do you read those and go…oh that’s a good idea.

Apart from that, in the case of Xbox Music, Microsoft wasted a period of 5 months to add a total of one new feature when compared to the previous experience. Everything else about the app is worse.

But enough about why decoupled apps are a bad idea, here are why hubs are a brilliant idea that Microsoft should double down on.

Microsoft can control the experience

This is obvious. Microsoft can control each variable so that the components of each hub work seamlessly together. The people hub would, for instance have a Skype component that allows it to send calls and texts via Skype. Its social media components would always be synced and ready to go. Playing media would be painless. These hubs would minimize app hopping and maximize efficiency. But you would already have known that if you used 8.0 and below. So how about this?

They are extremely reliable

Third party apps have limits on what they can do and how, a common limitation would be RAM and access to background data. Take for instance, the old integrated people hub versus the new app powered one. I can open the old one and begin viewing my feeds as I like, the new one has to sync and pull data every time the app is loaded. In the end, I’m just going to load the app but even that has its own splash screen and loading animation as well. it’s all very clunky when I know that there used to be a better way. The Live LockScreen and Files app would also benefit from integration into the system settings as well rather than as stand alone apps.

They will differentiate Windows phone from the rest

In an ideal world, there would be about 9 or so hubs. The People Hub, The Messaging Hub, the Store Hub, the Games Hub, the Music Hub, the Video Hub, the Office hub(Gemini edition), a navigation hub and the Photos hub. All beautifully designed panorama hubs making use of the 8.1 UI and delivering a wonderfully integrated experience. The People hub would have integration with the most popular social networks like Instagram, Vine, Tumblr aside from the normal Facebook and Twitter. The Messaging hub with Skype messenger. The Photos hub should link and pull in data as well as being panoramic. The Music Hub and Video Hub should be able to handle everything that can be thrown at them and more. There should be a new navigation hub. With Here no longer developing exclusively for WP, it is no longer a unique selling point. Bundle all the features of the Here apps into a Bing maps or simply “Navigation” hub and integrate them into the OS.

So Windows Phone doesn’t just have a good out of box experience, but a full featured one as well. Windows Phone 7 was all about the hubs and not so much about the apps, 8.1 has swung too far in the other direction and Microsoft should find a solid middle ground to carve out their own unique identity.