When Amazon replaced their Windows 10 app last year with a web wrapper, I thought one of the benefits would be the ability to play Amazon video in the app instead of having to open the browser, but unfortunately for some reason, this feature did not work.

Today the Amazon app has received one of its rare updates, and given that the app is in fact simply the website with a bit of chrome it is difficult to say what is new, but what was apparent was the Amazon video now worked directly in the app.

Unfortunately what also became quickly apparent was that this may be accidental, as when you press the full-screen button the video does not fill your whole screen, with the extra borders still as intrusive as before.

The app still does not appear to support notifications or any Windows 10 feature, making it somewhat pointless to install.

If you are masochistic however you can grab it from the link below.

Update: The app does actually have a new chasable live tile, meaning clicking on the tile takes you to the advertised product. Hallelujah! They do care after all! 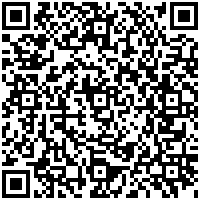