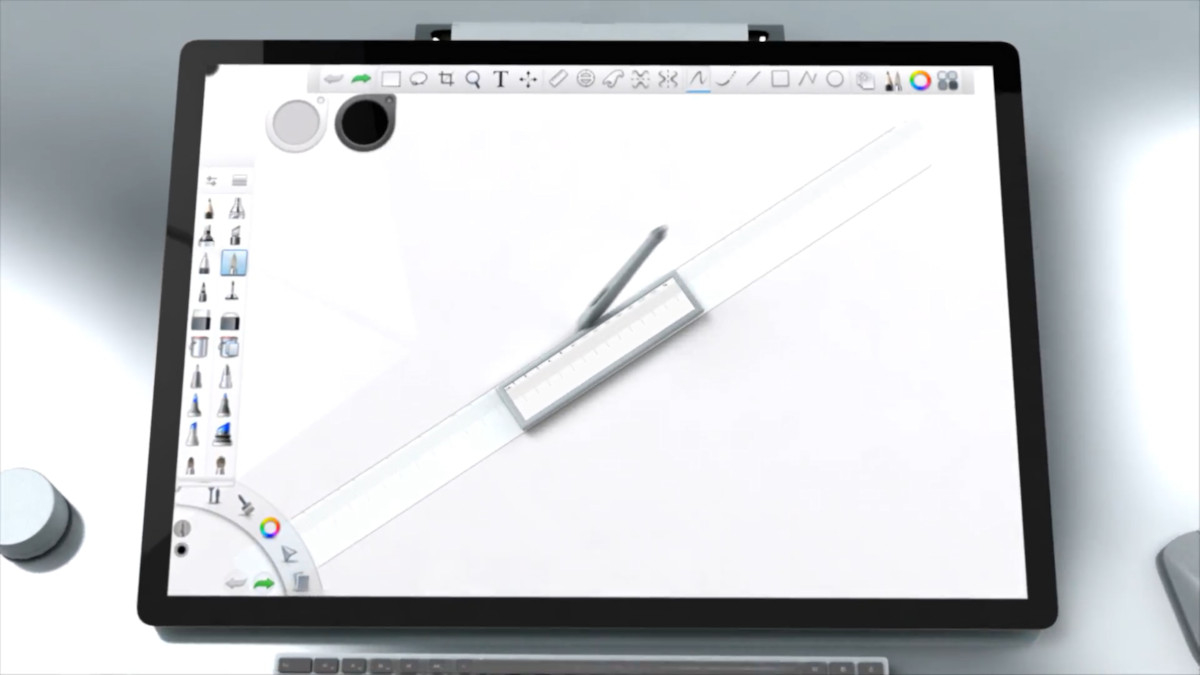 The next version of the Surface Studio is likely at least a year away, and will probably be merely a spec bump, addressing the biggest issue with the revolutionary PC.

What if Microsoft was a bit more brave, however, and made the next version of the workstation not just faster, but also an upgrade in every way?

That’s the question designerGerman Almaraz decided to answer in his Surface 2 concept. His concept featuresan upgraded Surface Dial with 3D Space Navigation and programmable buttons, a new Surface Pen which can switch to Wacom support on the fly, a Surface Ruler, a screen that not only tilts but also rotates, electronically locked in place with muscle wire like the Surface Book, magnetic expansion ports on the side of the screen, for speakers or other accessories and programmable hard buttons and a touch ring on the bezel.

The changes are clearly designed to address the wish list of someone who creates for a living and wants to be more productive, and we hope the next Surface Studio will indeed adopt some of the desires of the demographic it claims to address.