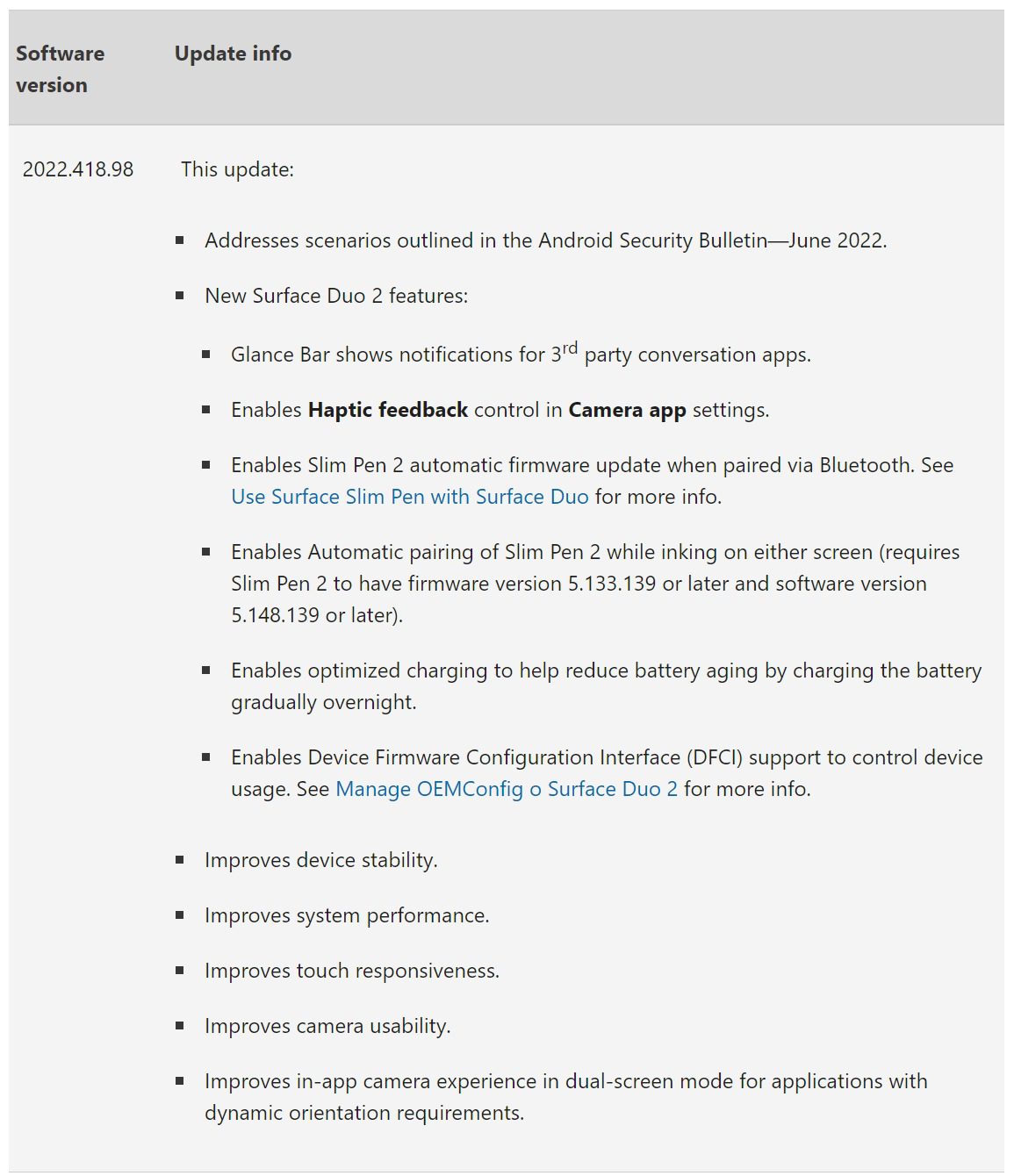 According to Microsoft, the update won’t be available for every Surface Duo 2 device today. Since the update is rolling out in a phased manner, it might take a few days to reach every user. Meanwhile, you can manually check whether the update has arrived on your Surface Duo by going to the Settings.

The June 2022 firmware update is also expected to be available for the first-generation Surface Duo devices by the end of this month. It will be interesting to see whether these changes come to the Duo. Meanwhile, Microsoft has started pushing the June firmware update to other Surface devices, including Surface Laptop Go 2 and Surface Laptop 4.

If you own a Surface Duo 2, do let us know in the comments whether you’ve received the June 2022 security update on your device.