More and more apps keep flowing into the Windows Store, and the newest addition to its library is Slacker Radio.

As first spotted on Reddit, a new and improved version of Slacker Radio, a service that allows for Pandora-esque music discovery, was recently published to the Windows Store for both Windows 10 desktop and Mobile. While the mobile variant seems to have minor UI changes – mostly affecting the central grid – a completely new universal app for the PC has been found, and it appears to be functioning primarily as a web app. Native playback controls and integration with Windows 10 is there, but among the currently known bugs, it may be impossible to listen to music in the background as a direct result. Initial sign-in integration with Google+ and Facebook is also broken, and the app does not always scale correctly. Nevertheless, the desktop treatment is a start for those who wish to use Slacker Radio on their desktops. The app is this also listed as available for the Xbox One, which means that will launch on the platform on the first day.

You can get Slacker from the link below. 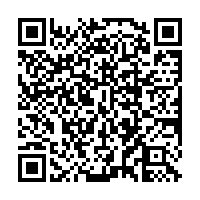