Last week Samsung introduced the Galaxy Z Flip along with Galaxy S20 series. The Galaxy Z Flip is Samsung’s first clamshell folding and will cost you almost $1,400. The phone has been in the news ever since it was launched and the reason for all that media coverage is the design. Earlier this week, we reported how Samsung is using misleading words to describe the screen of Galaxy Z Flip. Zack from JerryRigEverything noted that the screen is coated with plastic but it can’t be separated from the glass without damaging the phone. Moreover, we have also seen reports of Galaxy Z Flip cracking within a day.

Today, iFixit tore down the Galaxy Z Flip to see if the $1,400 smartphone can be repaired if you break it. The iFixit team also did small dust test to see if Galaxy Z Flip can take on dust. During the launch, Samsung said they have added brushes to the hinge to keep the dust and debris out. Unfortunately, during the teardown, iFixit spotted a lot of dust inside the phone proving that Z Flip is not exactly safe to be used in a dusty environment. Overall, the device scored 2 out of 10 on the repairability scale. iFixit gave the following reasons for the score: 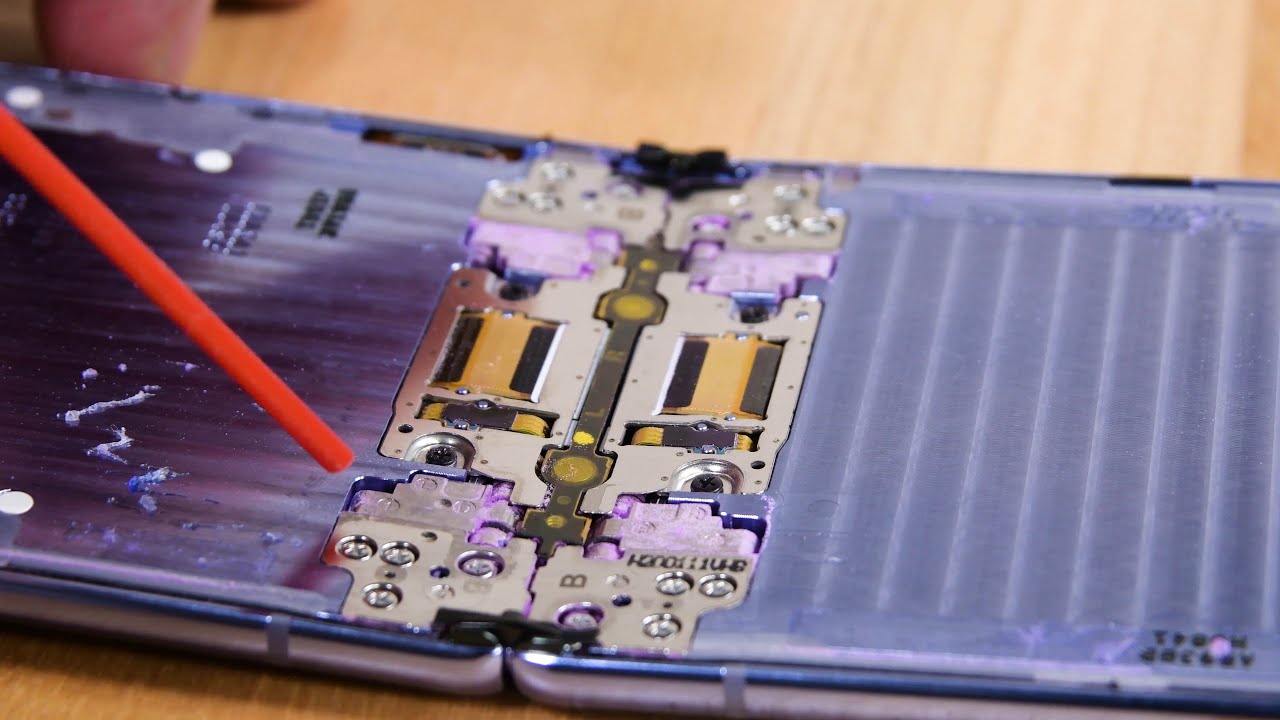 While Galaxy Z Flip didn’t do wonders in the teardown or durability test, it still is an innovative smartphone. Samsung has put a lot of R&D into the smartphone and it really shows when the smartphone is torn down.