Microsoft has been rolling out updates to its in-box Windows 10 apps over the past few days including the Groove Music app, the Films and TV app, and the Photos app.

Now, the firm has updated its People app for Windows 10, making it fully transparent on Insider PCs running fast ring builds. While the app had some slight transparency elements before, it now looks slightly like a sheet of glass and is actually quite pretty to look out with the right background.

This update is a proto-NEON update — the Windows 10 interface overhaul we exclusively revealed last year–with elements of Microsoft’s design overhaul creeping in – albeit not exactly 100% ready for public consumption. This can be seen in the way the Windows loses transparency when it loses focus –while other transparent elements like the Start Menu and Action Centre retain their transparency.

Microsoft is expected to reveal more about NEON this coming week at Build 2017, and we’ll bring you the news as it happens. 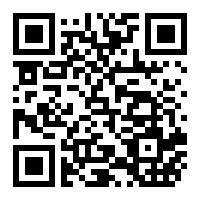