Last night, Microsoft released another major update for the OneNote app in Windows 10. The latest update for OneNote is only available for Windows Insiders in the Fast Ring at the moment, but it’ll likely get rolled out to more users when the new features are bug-free and ready to be used by the public.

With the new update for OneNote, Microsoft is giving users more space to view and edit their notes as the company has reduced the size of some of the main UI components such as the ribbon, and context menus. As a result, users now have a slightly larger space on the OneNote app for viewing and editing their notes. In addition to the UI improvements, Microsoft is also adding the ability to draw a graph using your math equations right from OneNote which is a pretty sophisticated feature that’s going to be very helpful if you like doing the math on OneNote.

It is worth mentioning that some of the “new” features mentioned here aren’t exactly new as Microsoft was previously testing them with Windows Insiders in the Slow Ring when the company was unable to release app updates to the Fast Ring. Nevertheless, if you are a Windows Insider in the Fast Ring, you can download and install the latest update (version 17.7967.5750) for the OneNote app on your Windows 10 device by downloading it from the Windows Store below. 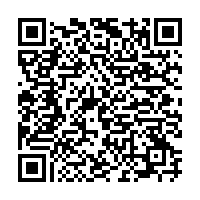