The OlliOlli universe is getting a new dimension in the freshly revealed OlliOlli World, which brings the series into a spectacular 2.5D.

With multiple paths and some gorgeously stylised visuals, OlliOlli World looks stunning in its reveal trailer, with tricks and flips a plenty.

“Our game is like some kind of neon candy dream pic and mix. It’s something that should make people grin when they see it” Simon Bennett, Roll7 Founder says in the trailer alongside striking visuals that absolutely match that claim.

OlliOlli World with its bold new dimension gives the series a different perspective on the familiar tricks, which are accompanied by new quarter pipes, wall rides, and multiple wavering routes you can take.

With a weird roster of characters to provide story and side quests as you progress through the game and get some “rad rewards” as the announcement says, this latest OlliOlli instalment is looking like a more in-depth and engaging skateboarding adventure. 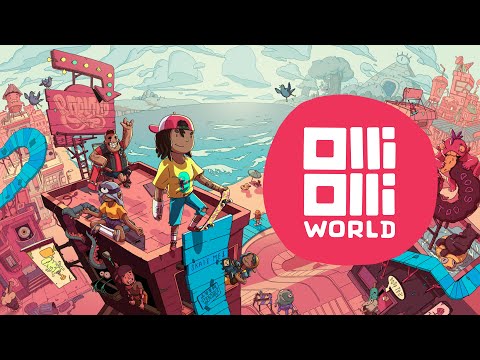 Set to launch sometime this winter, you can expect to see OlliOlli World on platforms old and new, as it’s cross-generation for Xbox, PlayStation, PC and Switch.