Developer Jackie Liu has developed a beautiful Notepad alternative. Based on UWP, the app offers exactly what every Windows 10 fan wants, and to be honest, the app feels more native to Windows 10 than the original Notepad app by Microsoft.

Notepads provide great customizability, you can change the background from light to dark or can set it to your default Windows mode, and as you’re seeing in the image, it’s fluent design done right. Another cool thing about this new Notepad alternative is that you can launch it from command lines interpreter application such as Command Prompt and PowerShell by typing: notepads.

However, if you’re a programmer and looking for something visually appealing and works as good as Notepad++, VS Code, and Sublime then this definitely not the ‘the One’ you’re looking for. The app is in beta and you can do limited things with it. But, it surely can replace the official Notepad app, provided that you won’t mind random crashes due to the app being in the beta stage.

And the most important thing about this UWP-based Notepads app is that it’s an open-source application, which I’m sure many developers would appreciate. You can see the code here on the official GitHub page. 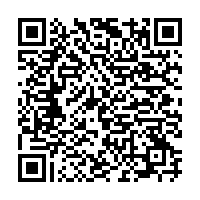