The Nokia McLaren had an amazing technology called 3D Touch which allowed the phone to sense hand and finger gestures well before they touched the phone. While pretty ground breaking many have questioned its usefulness, calling it just a gimmick.

Some statements from a Microsoft program manager now suggests the feature may have seen its greatest application in a game called Killer Instinct with features exclusive to the platform, according to gaming blog TICGN.

Killer Instinct is a popular Microsoft Studios fighting game for the Xbox One and Windows 10 with an extensive cast of powerful combatants with tons of customization options. Earlier this year some games leaked briefly on the Windows Store, including one featuring TJ Combo Boxing, with TJ Combo being a character from the Killer Instinct game (currently in its 3rd generation with more than 6 million players on Xbox One) described as someone born to win, but who hates to lose; strong, brash, and arrogant with an unstoppable fighting spirit.

Microsoft’s Creative Director for Xbox, Adam Isgreen,  has officially confirmed the mobile game, which was “…like punch-out but with combo mechanics and KI flair,”  has been cancelled due to the technology it relied upon not being “fully realized”.

“It was a mobile game prototype we were working on to go hand in hand with some interesting tech being developed for our phones,” he said.

“The tech didn’t end up being put into production, so the game wasn’t finished,” he concluded.

The statement and timing strongly suggests he is talking about the Nokia McLaren, which of course never made it to market after being cancelled by Microsoft after its acquisition of Nokia’s mobile division at the end of 2014.

A game is often the best way to introduce a new user interface or interaction paradigm (hence Minesweeper on Windows 3.1) so it seems a pretty well thought out plan which unfortunately never came to fruition.

While we may never see a Killer Instinct game for Windows Phone, you can download the Xbox or Windows 10 version from the store below. 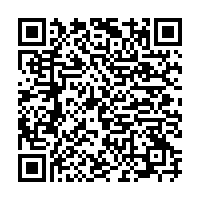