The Google Pixel 4 is due to be released in October; and whilst we initially relied on independent parties, Google have also been releasing leaks of their own.  The latest leak by iGeeksBlog revealed the renders of the smartphone, as well as details regarding the inside components.

Like the Pixel XL, the bezel is very noticeable.  You can find 2 lenses on the top of the phone; as well as 2 small, vertically arranged sensors.

There’s no 3.5mm headphone jack; and the lack of fingerprint reader suggests that the vertically arranged sensors will be for face ID.  The space where the headphone jack would be could potentially be used for Soli Radar components, which would enable touchless gestures.

The camera bump slightly protrudes from the phone, and houses two lenses, a ToF sensor and an LED flash.  There are two lenses on the front- one for facial recognition, and the other for the front-facing camera.

The ToF sensor is itself a camera, which identifies the object and calculates the distance between the camera and the object.  Previously done with software, it blurs other elements in real-time.

It’s predicted that Google will introduce a noise-cancelling speaker at the top of the phone; as suggested by the absence of the front-firing dual speakers.  There could also be a speaker next to the USB-C port at the bottom. 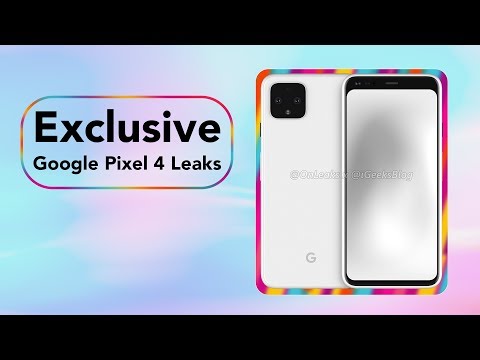