Microsoft’s Windows Insider program has been very successful so far. The company recently allowed some Windows Insider use the new Lumia 950 and Lumia 950 XL for free and provide feedback to the company. Now, it turns out, Microsoft could be planning to create a Lumia Insider program. The company’s “Trial Agent Lite” app today showed up on the Windows Store, and according to the description, it is “an app for joining in Lumia phones Consumer Trials testing.” With the app, users are able to submit feedback about their Lumia devices, and answer surveys to help Microsoft improve the Lumia phones. Here’s the full app description:

Lumia Insider is an app for joining in Lumia phones Consumer Trials testing. By installing the app and signing in with your email address you will be given the chance to improve the quality of Lumia phones by answering to surveys and other means of feedback collection. Application is intended only for internal Microsoft employees. You can join with any Lumia device model currently on the market running WP8 or higher.

Unfortunately, the app is “intended only for internal Microsoft employees” which means, you can not use it unless you work at Microsoft. Here are some screenshots of the app:

Of course, this does not mean Microsoft will be launching a Lumia Insider program in the near-future. This Trial Agent Lite app could be just a simple app which allows Microsoft employees submit feedback about their Lumia phones. Additionally, as the app’s description suggests, this application is not intended for other users.

It will be interesting to see if the company makes this app available for users in the near-future. Nonetheless, you can check it out below: 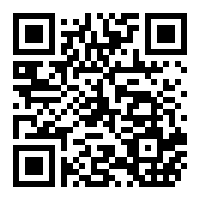