Microsoft has released a new Skype app albeit in alpha form into the Google Play Store for Android users. This Skype version called “Skype Mingo”, is a souped-up version of the normal Skype app. Aside from the regular Skype features which include sending Skype messages, interacting with bots, making Skype calls, Skye Mingo also offers full phone functionality. This means you can use the app as a dialler app, and a text messaging app – much like the Skype preview app on Windows 10 and Windows 10 Mobile (with the exception of phone functionality in the case of Windows).

Microsoft earlier promised that it would be bringing Skype’s SMS relay features to Android, and it seems this app is where it will be able to test out the feature. While SMS relay isn’t present here, this app supports SMS and can be used as a standalone SMS client to replace Google Messenger, Textra or what have you.

While Skype has been moving from a PC based app to one which embraces mobile paradigms, this new app “Mingo”, brings Skype to the centre of your mobile communications and directly competes with Facebook’s WhatsApp and Messenger.

Here’s how it looks: 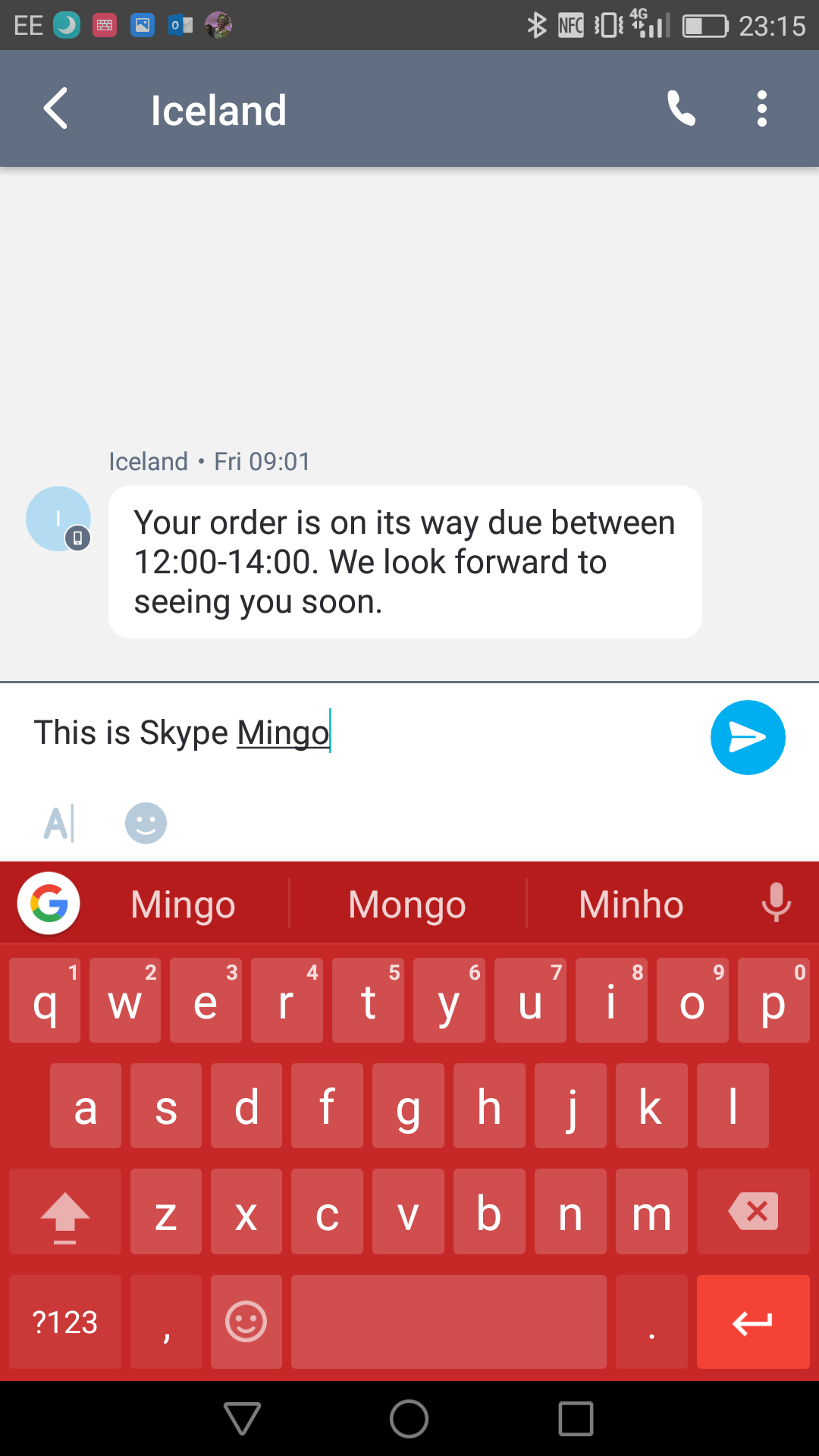 As stated above, the app is in alpha at the moment and is different from the Skype Insiders app which Microsoft is a beta version of Skype (Think of it this way: Skype Mingo is to the Insider Fast ring as Skype Insider is to Release preview). As it is an alpha version of an unreleased app, it is not 100% stable, but you can grab it from the Google Play link below.

What do you think of this app? Let us know in the comments below.