Microsoft has partnered with popular News Rating website NewsGuard to help users spot fake news with ease. The NewsGuard feature is rolling out to Microsoft Edge beta on iOS and Android devices.

The news of the rollout was first confirmed by Program Manager of Microsoft Edge Marc Wautier on Twitter. Marc confirmed that the update is currently intended for Edge beta users on Android and iOS and will roll out to the public soon.

Happy 2019! If you’re on our Edge iOS TestFlight or Android Beta, check out the News Rating feature we’ve built with @NewsGuardRating. We’re very excited to bring more transparency to web news. Turn it on in Settings > News rating & let us know what you think! pic.twitter.com/zgitPhEbmL

However, it seems like the update is rolling out slowly for Android users so it might be a while before you see the update. Microsoft hasn’t confirmed if the company plans to add the integration to Windows 10 as well. For now, if you’re using Windows 10 then, unfortunately, you can use the service only on Google Chrome via NewsGuard official extension. The company hasn’t spoken anything about the support for Microsoft Edge on Windows 10 but we could hope that this new partnership will allow Microsoft to add NewsGuard to Edge on Windows 10 as well. 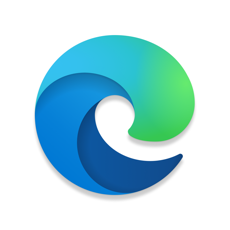