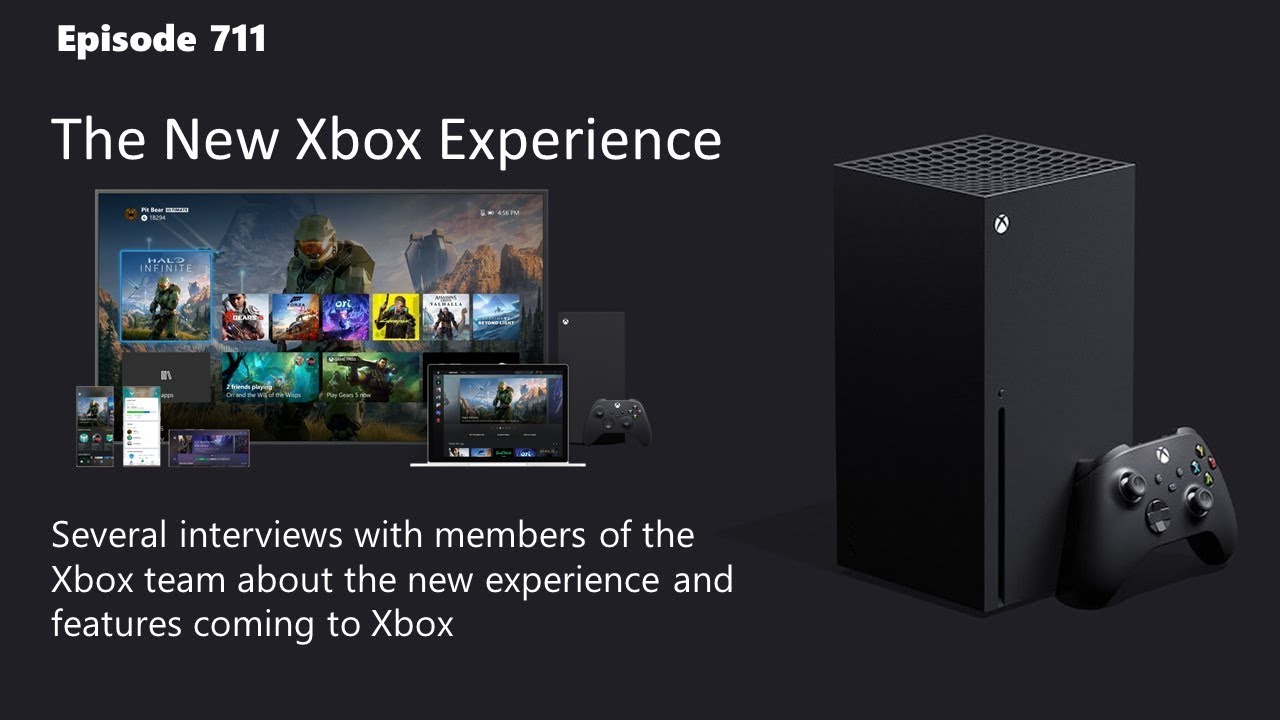 Last week, Microsoft revealed the all-new Xbox dashboard experience that will be launched along with the release of Xbox Series X this November. Today, Microsoft announced that the new Xbox dashboard look and feel is now rolling out to Xbox Insiders today. The August Xbox 2020 Update comes with several improvements, including bigger changes like a new landing page for the Xbox Guide, smaller improvements like individual volume sliders for party members and more. It is important to note that this new Xbox experience is coming to both Xbox One and Xbox Series X.

New features that are part of the August 2020 Xbox One Update:

We took the first steps to update the Xbox Guide in May, simplifying the layout to make it easier for gamers to use. Since then, we’ve been refining it based on your feedback, and implemented the following:

The new Guide landing page is designed to be cleaner and easier to read at-a-glance. The layout makes it easier to navigate between the most recent things you were doing, the Dashboard, and My Games and Apps. For those of you who want to customize the Guide, you’ll have the option to change the order of the tabs that show up. We’ve also added buttons to the bottom of the page for important utilities like notifications, search, and audio settings, making it easier to access them from wherever you are.

Connect with your friends

Speaking of notifications, the August update includes a new notifications inbox, easily accessed by clicking the notification bell on the bottom of the Guide. This inbox combines all your alerts, game invites and message notifications into a single feed. Best of all, the inbox includes notifications from across all Xbox apps, including the new Xbox mobile app that we’ll introduce into beta soon. Acting on a notification in one place clears it everywhere, meaning you’ll always be up to date!

Parties and Chats made easy

In June Parties and Chat were combined into a single tab, making it easier to communicate with your friends and fellow gamers. We’ve continued to improve this experience to make it more useful, with the addition of a preview of the text in your new messages. We’ve also added a frequently requested feature – individual volume controls for each party member!

Finally, we also aimed to improve the Guide experience for first-time gamers. Guide pages are now easier to read and understand, and shortcuts and button commands are more consistent. We’ve added hints tailored for new customers, helping them understand the purpose of each page, and how to get started using it.

With the new Xbox experience we also set out to rethink how community and game developers’ content is displayed on Xbox. We want the focus to be on the content being shared and highlight the awesome screenshots, videoclips and posts players create.

You will notice all posts shared on Xbox are now the same size: no more guessing on how they will show up in the Community or Club pages. We have made improvements in the Game, People and Community Content Blocks on Home, videoclips auto-play, reduction of metadata over posts and display of engagement counts. We have also introduced shortcuts for easier engagement with the post and for easier discovery of players and games the post relates to.

Not only is the August update live this week for everyone, but this month our Xbox Insiders are also getting the first chance to play with some upcoming new features that you’ll see below.

A fresh look and feel

Starting this week Insiders will be receiving a visual update to their Xbox One consoles to better match our other experiences on the PC and mobile devices. This includes some changes to our tile shape, fonts, and focus indicator across the experience. However, the overall layout of most of the pages will not be drastically changing, so you don’t have to learn a whole new UI when Xbox Series X launches.

Express yourself with Profile Themes

You will be able to select from several different Themes for your profile when we start flighting this feature, including some game Themes from Xbox Game Studios – and more will be added more over time! Profile Themes are also available in the Xbox App on PC and through Game Bar.

To make that experience even more seamless, we are making some changes to the way you sign in on Xbox.  You will be able to sign in on as many Xboxes or Xbox Apps as you want, all at the same time. Now you can use your Xbox console as much as you want for other watching movies, using apps, chatting with friends, and more. When it comes to games, you’ll be able to play on one device at a time so all your progress, achievements and saves stay up to date and synced whichever device you choose to play on.