At Computex 2019, Intel had an Open House event showcasing their latest technologies including Project Athena devices, new chipsets, etc. However, a dual-screen laptop codenamed Honeycomb Glacierstole stole the show. The prototype showed at Computex is actually a gaming laptop which is targetted at gamers and creators.

The laptop comes with a primary 15.6-inch full HD display, and a 12.3-inch display secondary display. Instead of going ASUS’s way, Intel has divided the bottom part into two halves, one of which houses the keyboard and the other half houses the secondary display. The first part of the display opens like an ordinary laptop but the user can pull it further which will pull the second screen as well.

With the new hinge mechanism, Intel has managed to bring both the screens to the user’s eye which is not possible with other dual-screen devices. Since the screen is now at the eye level, users can use both the screens with ease. The dual-setup should be particularly popular with gamers, and creators who usually need a second screen but can’t have it in a laptop. Even for a prototype, the laptop sports an overclocked 45W i9 processor as well as an NVIDIA GTX 1070. The setup is definitely powerful enough to run anything you throw at it.

Moreover, with both the screens in the field of view, gamers can easily monitor their Discord chats while playing or creators can monitor their social media while editing videos on the primary screen. If this wasn’t enough, Intel also placed the Tobii eye-tracking between the two displays which is neatly in the center of the hinge and is conveniently at eye level.

Intel has certainly pulled out all the stops for this and it certainly was worth their time and money. The device still has some issues but is great considering it’s just a prototype. With Intel designing such a device, we can expect companies like ASUS to fall in line soon.

See the Verge’s hands-on video below: 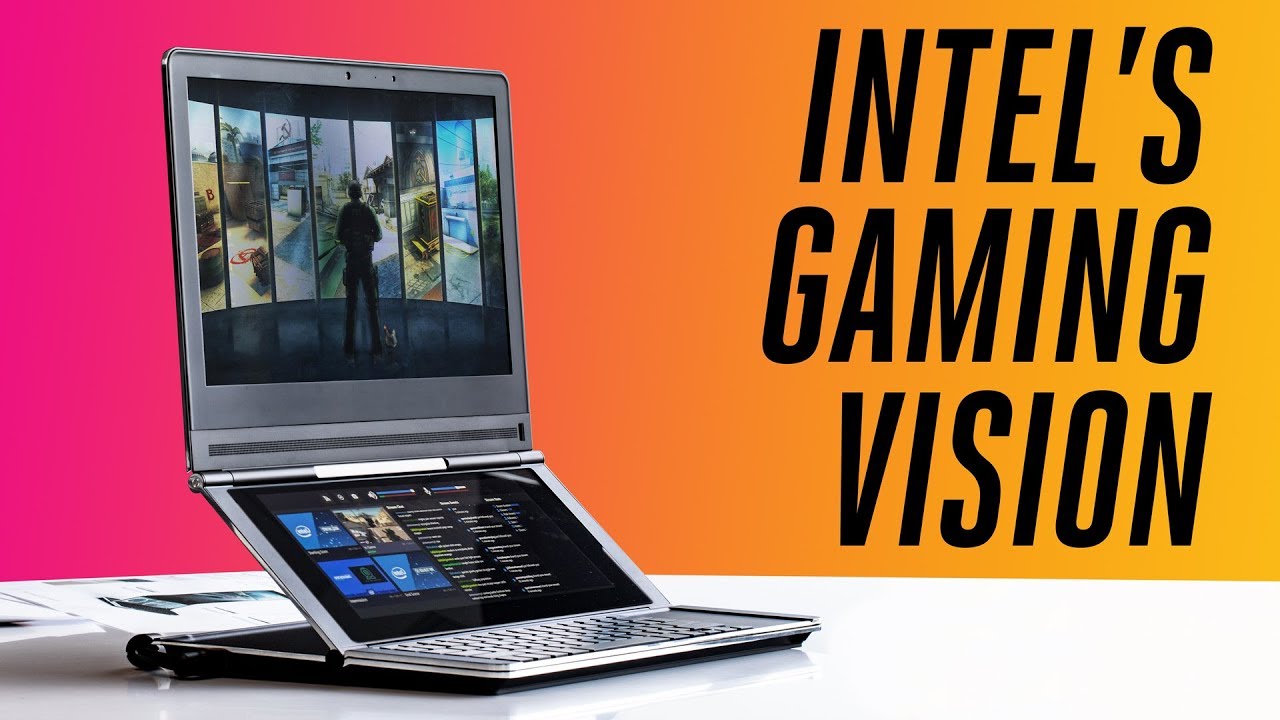