The theme-park themed game is about managing a Disney theme park, filling it out with attractions and thwarting an evil plot by Maleficent using classic characters Mickey and Donald.

EXTRAORDINARY & TIMELESS DISNEY PARK ATTRACTIONS
• Charming attractions such as “it’s a small world,” the Monsters, Inc. Laugh Floor and Space Mountain from Disney Parks from around the world, including Disneyland, California Adventure, Walt Disney World, Tokyo Disneyland and Disneyland Paris!
• Dazzling new attractions such as WALL-E’s House and Cyclops Sushi — all uniquely inspired by their movies!
• Relive magical moments from the Parks with the entire family through lively Parades featuring beautiful floats and fireworks!

PLAY A RIVETING TALE OF HEROES AND VILLAINS
• Unravel and play a magical story and an exciting adventure with every tap!
• Take a stand against menacing villains such as Pete, Mother Gothel, and Zurg to save the Kingdom!

Come play the most magical free game on mobile — a great family adventure! It’s your world for the making!

You can download the game from the link below. 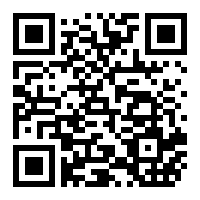