DOOM: Eternal has finally revealed a huge chunk of gameplay, but many have noticed its busy UI. In an interview by VG24/7’s Kirk McKeand, creative director Hugo Martin explained the DOOM: Eternal UI and the reason behind its “busy” appearance.

“The thing about the UI – when you actually play the game, and you have it in your hands, the game moves at about 200 miles an hour,” Stratton explained. “We’re throwing so much stuff at you… all of the messaging has to be big, bold and loud, otherwise you’re going to get f*@king killed.” 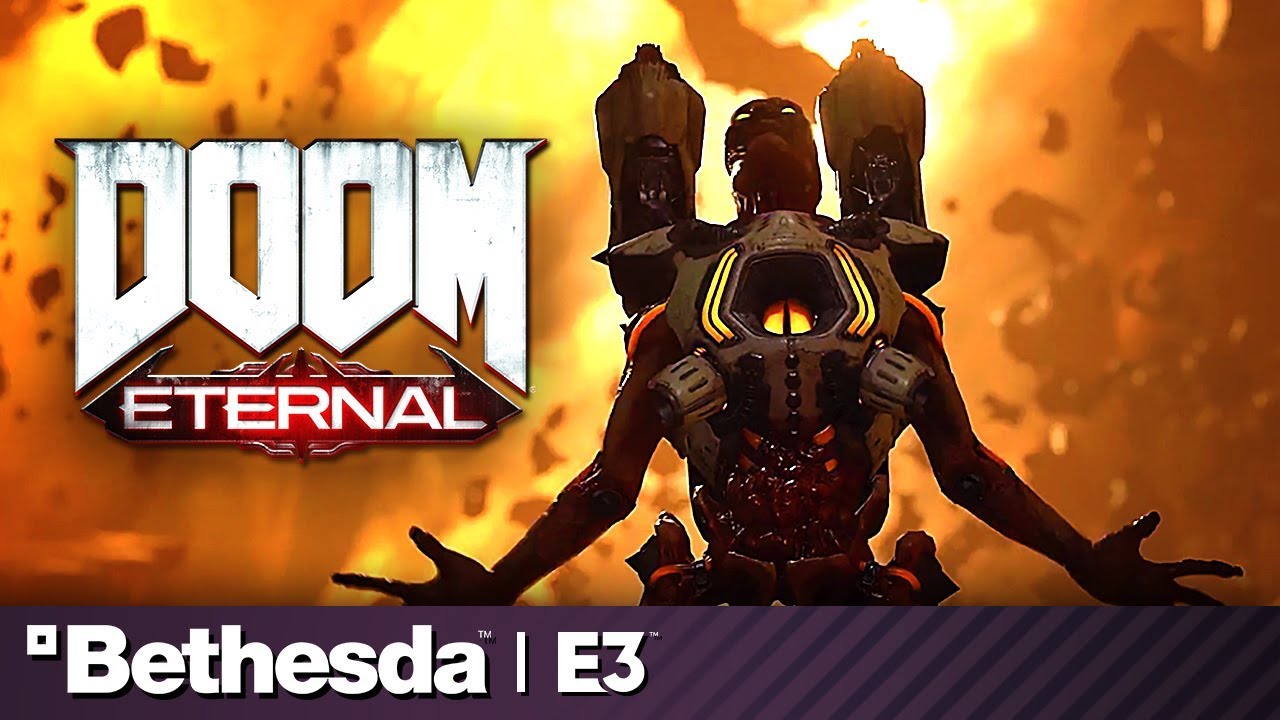 Within DOOM: Eternal’s gameplay, the UI is indeed big and bold. Numerous colours – yellow, orange, blue, green and purple – cover the screen with wealths of information, some of which we’re not certain is important. What does the Demonic Corruption bar mean? How does it affect gameplay?

According to Martin, a lot of work went into the game’s weapon wheel, a huge deal for console players.

“The colour of the wheel is that way so that, in a millisecond glance, you know what ammo you have, how much you have. Pickups are loud because you need those to survive in the game… you don’t want to die because you didn’t know what state your resources were in.”

The DOOM: Eternal UI certainly has a boisterous appearance, but Martin is right. From what we’ve seen, the game is incredibly fast and DOOM: Eternal looks to offer as much information as you need at any given time. Anyone who has played the original games know what it’s like to have every tidbit of information at any time you need.