It started when Apple released a so-called smartphone with no 3rd party support at all. Next they told developers they should forget everything they know and start writing web pages for the iPhone instead. After 9 months developers were told that an about turn was coming, and that native applications would come after all. Thats when things became difficult…

Apple, with the iPhone app store, have no doubt helped some developers to be very successful. At the same time their Stalanistic practices regarding developers show that they do not really feel they need them or find them essential. In fact, it seems Apple very much sees developers as a nuisance which need to be very tightly controlled. The first application to really fall victim to this was Netshare, which was booted out of the app store despite breaking none of Apple’s rules, and then further restrained form selling their applications independently to iPhone users who chose not to jailbreak.

Next was Mailwrangler, which was unceremoniously turned down for daring to write an application that allowed the user to read e-mail, as apparently Apple could not tolerate iPhone users seeking out a 3rd party application which did anything better than their own efforts. The same fate befell Podcaster, which had the temerity to allow iPhone users to use their phone to download podcasts without having to check in with the Apple iTunes mothership every morning.

With in increasing number of reports of Apple acting capriciously in turning down applications from being made available to captive iPhone users, Apple had to respond. One would have thought improving its practices and making its criteria more transparent would be the obvious thing to do. It turns out Apple thinks differently, and decided gagging developers was the best way to resolve the issue. If the developers now chose to share their disappointment in public they stand a good chance of being at the sharp end of legal action by a very litigious Apple. The same NDA which allows this also prevents developers from sharing coding techniques with each other, clearly slowing the progress of application development on the iPhone.

As it stands, because Apple turns down applications to its App store for seemingly random reasons and also is attempting to hide the reasons, a new developer can not even see that was turned down before and try and avoid the same mistakes.

Apple’s stance contrasts sharply with the Windows Mobile world, where developers are seen as the life blood of the ecosystem, 3rd party applications are expected to be installed from the start, and developers do not have to jump through any hoops to distribute their application.

One can only wonder what Apple will do next to make life uncomfortable for iPhone developers. Possibly force them to come to Cupertino and develop in little stone-walled cells living in isolation on bread and water? Cant be far off. 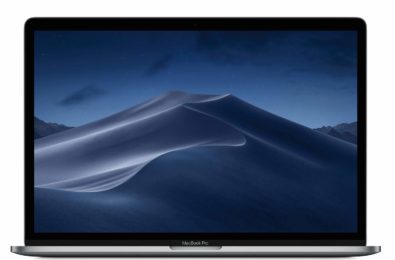