Good news for those who like things that go bump in the night! Amnesia: The Dark Descent’s Hard Mode is now available for PlayStation 4 players and, as a nice bonus, Amnesia: Collection is on sale right now.

Amnesia: The Dark Descent follows Daniel, a man who wakes up in an eerily empty castle with no idea who he is, where he is, or what he’s doing there. Daniel must find his way out of danger, uncovering dark secrets and his own memories as he goes.

The news was announced in a Tweet from Frictional Games.

Hard times are ahead… Amnesia's Hard Mode is finally out on PS4! And as a treat, Amnesia: Collection is on sale on both Playstation Europe and US.

It's the perfect weekend to sit down, beat the challenge and earn the super rare Masochist trophy. ?https://t.co/WAhRjjGe04 pic.twitter.com/A0RiyGHlc9

The game’s Hard Mode isn’t new – it’s already available for the Xbox One and PC versions of the game. However, it is completely free.

Hard Mode is the exact opposite of fellow horror game SOMA’s Safe Mode. It turns a horrific experience into a straight up nightmare, with features such as:

Basically, you’re about 300 times more likely to die. However, if you do manage to beat the game on Hard Mode, you win a nice trophy called Masochist!

You can choose whether to play in normal mode or Hard Mode when starting a new game. Due to the nature of Hard Mode, you can’t change modes during gameplay, so choose wisely. 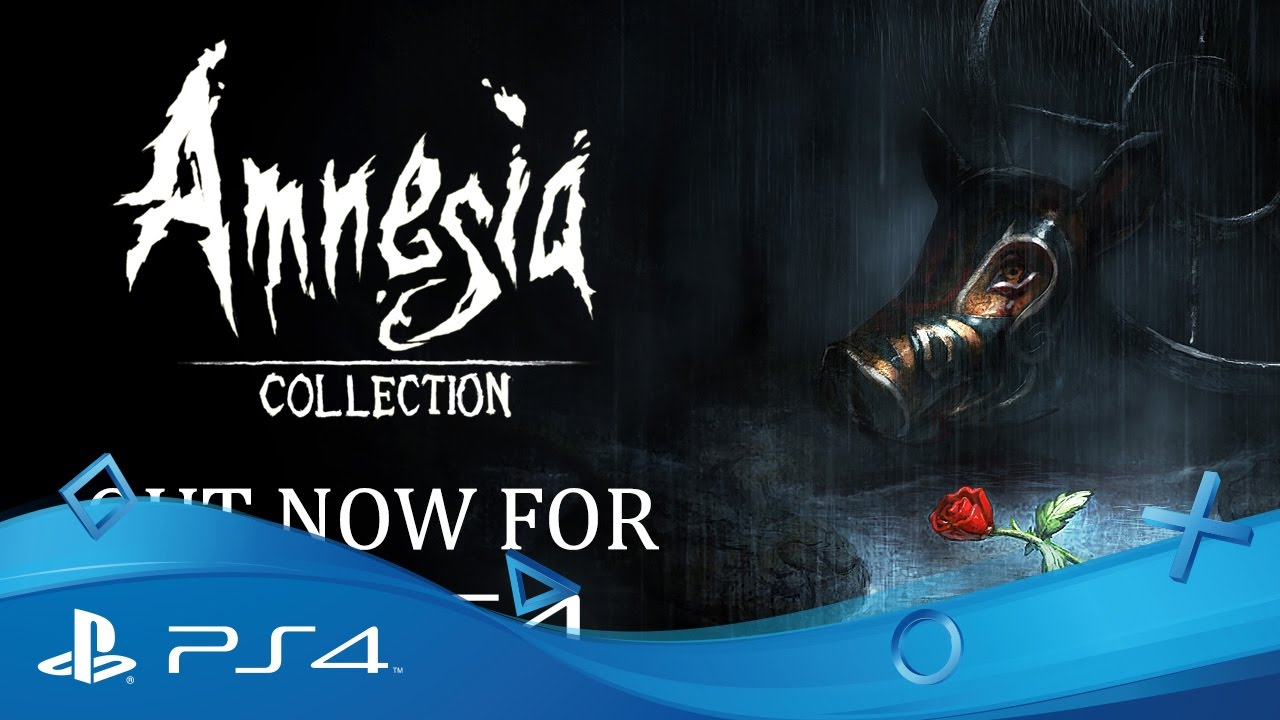 Amnesia: Collection features all 3 games in the Amnesia series – Amnesia: The Dark Descent, Amnesia: A Machine For Pigs, and Amnesia: Justine.

In Amnesia: A Machine For Pigs, wealthy industrialist and butcher Oswald Mandus wakes up from a bad fever to hear his sons calling out to him.

Mandus receives a phone call from someone known as The Engineer, who informs him that his sons are trapped in the land below in a ‘Machine’ that Mandus made.

It’s up to Mandus to fight his way past deformed pig-like humanoids to save his sons and discover the horrors that lie below.

Amnesia: Justine is an expansion for The Dark Descent, where the player controls an unnamed female character who is subjected to psychological tests courtesy of the eponymous Justine.

The player must solve puzzles, but there’s a twist – the player can always simply abandon the puzzle and leave at the cost of an innocent human life.

Throughout the game, the player is stalked by demented and monstrous abominations known as the Suitors. As such, they must balance puzzle solving and staying alive as best they can.