One of the questions or statements we get a lot is that Lumias are great handsets, if they ran Android it would be even better. In our video where we demonstrated a Lumia 830 running Android (no it is not fake either nor was it then), we got a few comments saying that “finally the 830 was useful”. But is that really so? Does Android really increase productivity for smartphone users? After spending a while with two Android devices, the Motorola Moto G and the Xiaomi Redmi Note, not once did I wish that my Lumias ran Android, rather I would prefer the Android devices had run Windows Phone. But why? Why is Windows on a mobile device preferential to Android on a Mobile device in my use case?

I would say that it is due to being used to the former. I ran into two low-end Windows Phone users this week, one using a 520, the other a 635. The former expressed how much they loved their Windows Phone. They also noted that they may have been a bit biased as it was their first smartphone. The latter expressed annoyance with their devices, calling it an “[expletive redacted] windows phone” after they had received it for free with an Xbox One. Another user noted that they would not switch to Android because Android didn’t have Audiotica (a universal Windows app for streaming and downloading music). How is this relevant? It ties into the idea of context being important in analysing people’s mobile buying decisions. For one, the apps may not be important so much so as a specific app. For another user, it may be that Windows Phone does exactly what they want it to, thus there is no need for them to reach higher(Lumia 520). Yet even so, there may be another user that got the Windows Phone because they had no choice, they may dislike their low-end device and associate its “badness” with the entire Windows Phone ecosystem. If one chooses to use a Windows Phone as their first smartphone experience, all other smartphone experiences get viewed through live tile coloured lenses and even the simplest things to regular users of other ecosystems may perplex Windows Phone users.
Let’s begin with the experience of notifications. Now, Android and IOS are said to have the most advanced notification systems, offering lock screen notifications, actionable notifications and other niceties. Coming from a Windows Phone with the “worst” notification experience, I expected to be blown away by Android’s notification system. If not by Motorola’s Android 5.1 implementation, then MIUI would do the trick.

Instead, I found myself just dismissing notifications wholesale and just not paying attention to them. Unlike Windows where notifications are grouped by time and application and are limited to a few important matters, Android’s notifications seemed *to me* to be a random arrangement of events that had happened over the past few hours with no rhyme or reason.
Very frequently I would get several emails or tweets which Android would helpfully bundle all into one large notification, making it useless for me. Actionable notifications are one nicety that Android has over Windows in the sense that it got it earlier. However, the implementation of interactive notifications in Windows is better designed. You get a notification from let’s say, Fenice for Twitter. You then pull down to reveal a box for replying or options to retweet or favourite. The layout is standardised and the design is clean. Overall I’m not certain Android’s notifications are as refined as Windows or iOS. If notification overload is the goal then sure, but otherwise, I’m not a fan.

The other thing I’m not a fan of in Android is its UI and UX. The Windows 10 UI may have its issues and be less functional in terms of UX than the Windows Phone 8.1 variants, yet both are still superior to Holo and marshmallow. This is best seen when using Microsoft’s apps (possibly by design?) Open Skype, Outlook, MSN apps, Xbox apps etc. on Windows and Windows Phone and you get a clear coherent design language – or barring that – a design language that is tied together by product families but still shares several cues. On Android we have several apps that appear to have been made by different companies with neither sharing or taking cues from the other. Compare Groove to Skype to MSN and well…they’re OK. But that’s just Microsoft, lets step into the aspect of Android that many people are familiar with – the skins by OEMs. 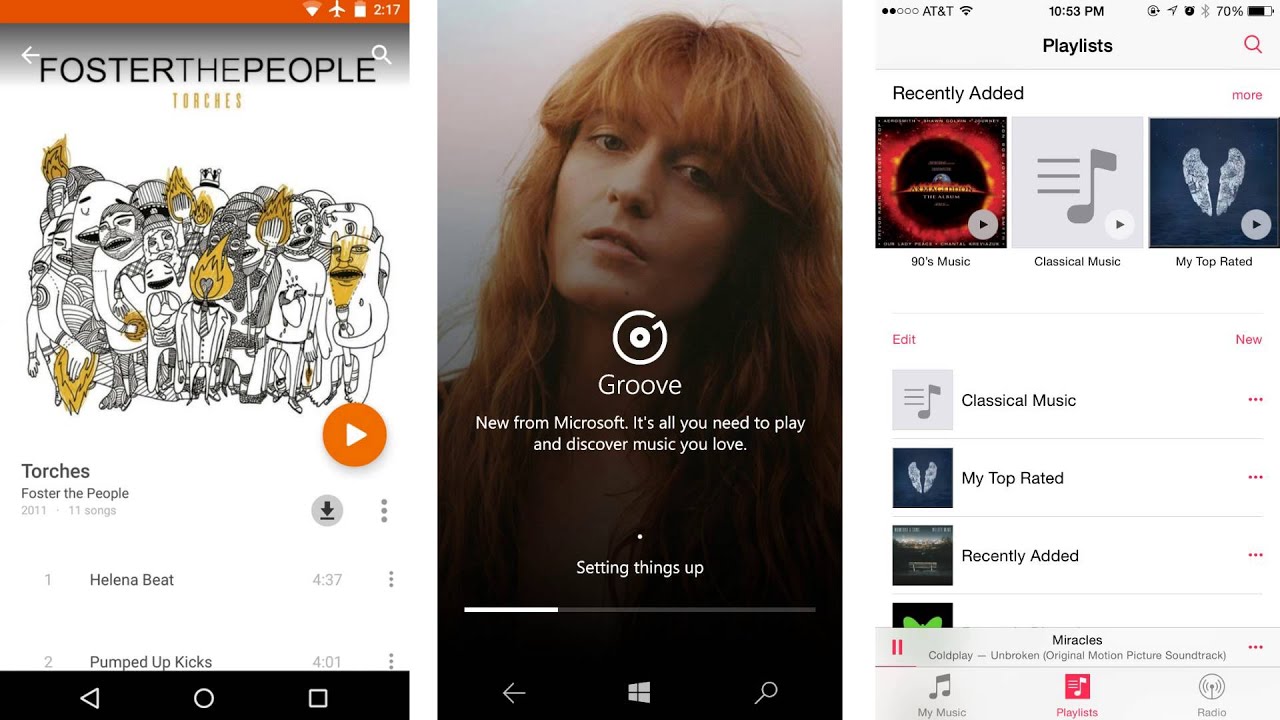 On the Moto G I used, the interface was quite close to stock Android, with many of the same philosophies shared. On the Redmi note 2, not so much. The interface and stock apps preinstalled with the device took cues from Apple’s mobile OS. Thin fonts and white space abounded with hamburger menus not being prominent in the design. That is not what really irritated me about this device, what irritated me here was the horrendous preloaded software. My device came with Cleanmaster, Youtube 4.9 (could not be updated), Apus Launcher, and several genuinely dangerous apps that either inserted ads into the user interface or threw up several prompts requesting me to download random apps. Downloading an anti-virus from the store revealed that my phone had indeed shipped with a few nasty surprises.
I am not sure how Google or Xiaomi allowed a phone to be sold with such features, but it does illustrate a few things about the Android experience that Microsoft got right on first try. First of all, MS does not allow OEMs Carte Blanche to modify or alter the Windows Phone experience. This means that while OEMs can install apps, they cannot change the UI or UX of Windows Phone at all. Secondly and most importantly, while OEMs can install apps AND have the ability to make them uninstallable, Microsoft recommends that such privileges be reserved for apps that are crucial to the device such as Beats and Glance et al.

Finally, there is the matter of apps. Apps can be said to form the core experience of an OS in modern times. So switching from Windows Phone to Android should provide an overall improvement in apps? Not quite. One thing about using one smartphone OS for a very long time and switching to another is –like I already said – you expect things to work like they were before. Twitter is one app that I found odd. Objectively the app is better than the Windows Phone app (more full featured), but the Windows Phone app also has some features which make it more pleasant to use due to metro. I found this trend repeated in other apps over time and couldn’t wait to return to Windows each time. Now I could easily have adapted to the other OS, but I chose the easy way out. This raises the question, how important are apps overall? And to what extent is the app gap a perceived one over an actual one?

To answer the first one, I once ran into a situation where I went to a restaurant (GBK) and was asked to download an app to get extra benefits. Of course, Windows Phone didn’t have the app, but they had a mobile web app which I was able to use. Interestingly, it wasn’t an awful experience and the UI was actually better designed than the equivalent app. I’m not about to jump on the “apps are unimportant” bandwagon or the “just use the browser” bandwagon. I’m going to comment instead that people are flexible. We are able to make sacrifices or compromises for things we prefer.

On a mental scale, I weigh up Windows Phone or Android, and the scale tips towards Windows Phone every time. Everyone makes this kind of compromise when choosing a smartphone OS to use, and the key for Microsoft here is I think, to look beyond apps and make something that users could point to as being superior to Android and iOS. It won’t be continuum alone, it won’t be live tiles on their own, not even the tighter integration with Windows. It’ll have to be all those little things put together that combined, mark Windows out as a superior choice and make the breath of apps a sacrifice people are willing to make.