Microsoft may not offer much customisation for its Windows 10 Mobile and Windows 10 PC lock screens, but that doesn’t stop third-party app developers from picking up the slack. While typically many of the decent apps for customizing your lockscreen like LockMix and Lockie are still older Windows Phone 8 and/or Windows Phone 8.1 apps, Win Screens is one of the newer ones built for Windows 10 – and as such works on PCs. tablets and phones.

The app itself is a set it and forget it kind of app, so while you’ll likely not need to open it more than every once in a while, it still gets points for having a pleasant design.There’s support for transparency in the app’s native hamburger menu, and there are little animations that just tie the experience together and remind me of classic Windows Phone.

It offers customisation options, like a blur effect for wallpapers and “widgets” for things like the weather, your mood and contact details. Now, while due to limitations of the lock screen api, developers can not make active widgets like the ones offered on the various Android homescreens and in older Windows Phone lock screen like Tetra Lockscreen. Instead, the widgets are simply rendered on the lock screen statically.

There’s a degree of customisation here with support for Widget themes, which allows the user to pick one of three kinds of theme for their lock screen widgets, and even select the orientation of these widgets.

It’s not a massive must have, but if you’re interested in making your Windows phone – or PC feel even more personal, you should take a look at this.

The app is free from the Windows Store, and you can get it from the store link below: 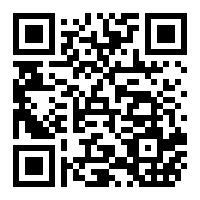