Despite Epic Games’ statement to DSOGaming in which they said that both HTC Vive and Oculus headsets require SteamVR, it’s actually just HTC Vive users who need SteamVR. Oculus users only need to launch via Oculus VR.

Tetris Effect, the fun tile-matching game that was previously only available on PlayStation 4 with support for PlayStation VR, arrived on PC on July 23rd via the Epic Store.

The PC version of the game is fully playable on standard displays, with unlocked resolution and uncapped framerate, or you can play it in 3D using an Oculus Rift and/or HTC Vive.

Tetris Effect is technically an Epic Store exclusive but, as DSOGaming has discovered, the VR part of the game requires SteamVR in order to launch.

There’s nothing radical or disproportionately hilarious about this fact – it’s just peculiar that an Epic exclusive would require another platform’s VR client to run. Could this mean that Epic might potentially invest in their own VR software in the future? 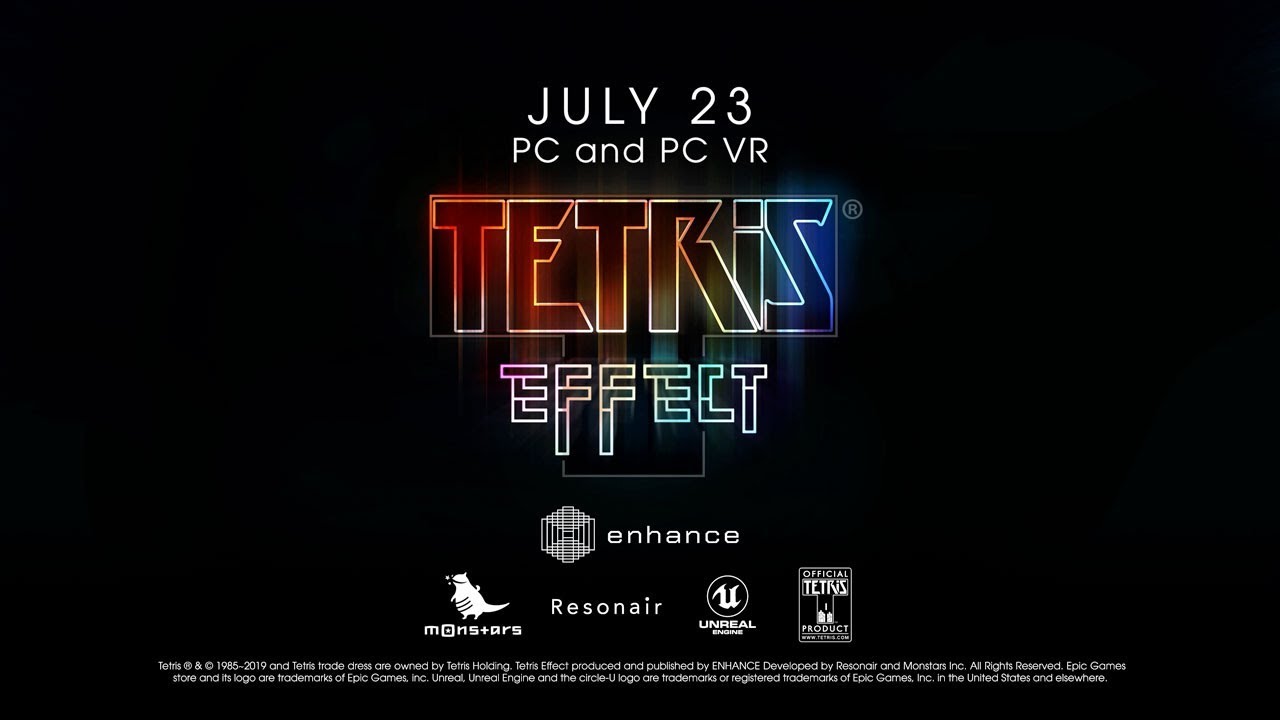 Tetris Effect on PC is even capable of running at resolutions of 4K and above. There’s also ultra-wide monitor support. There’s even other expanded game and graphical options for both 2D and 3D play, including adjustable particle volume and size, texture filtering, and more.

The PC version also comes with an all-new “Zone” mechanic, where players can stop time (and the iconic Tetriminos from falling) by entering “the Zone.” This allows you to either get yourself out of a sticky situation or rack up extra Line Clears for those sweet bonus points.

If you want to get Tetris Effect for yourself, you can pick it up on the Epic Store here.