The Sinking City certainly isn’t a metaphor in Frogware’s Lovecraftian detective title. Despite inheriting the vibe of the classic film noir titles that strived on grimy metaphorical titles that described the seedy underbelly of their crime-ridden locales, the game does indeed take place in a location sternum-deep in murky green water. It’s not exactly Tenerife, it’s barely a Bristol Bay, but despite its shortcomings, I could imagine some rich idiot taking a holiday to the decrepit city.

This city is called Oakmont: it’s far from a lovely place, but you’ll realize that upon your arrival. In Morrowind, when you leave the boat there’s a bustling town and a gorgeous lake awaiting you. In The Sinking City, there’s a rotting dock and a dead octopus to the right. It certainly knows how to make an impression.

Most areas of this aqua-park-gone-bad inherit the same fetid feel: walking through even the most populated streets will still introduce you to spotted appearances of dying structures and mutated creatures. The many “Infested zones” are even worse as only the most dangerous of eldritch foes reside in there. Yes, they’re scary. Yes, it made me squeal. No, I’m not okay.

Unfortunately, Oakmont may be the cure for all of your problems. Well, not your problems, but the player character’s problems, Charles Reed. As a veteran of The Great War, Reed has been plagued with horrendous nightmares. While I’m sure he’s dreamt of running late to school or forgetting his pants, these dreams are objectively worse. His daily bout of nasty nightmares and visceral visions aren’t just unique to him—other denizens of the city also share the same dreams.

As you explore Oakmont, Reed’s new profession will come in handy. While you may be a war veteran, the past eight-or-so years have trained you in the art of private investigation. It’s an excuse for developer Frogwares to do what they do best: years of crafting the always-improving Sherlock Holmes games has meant that the team knows how to create a cracking detective title. The Sinking City is no different.

While your goal always links to discovering the source of your nightmares, the link does strain to some tenuous levels. Each case you work on introduces you to more of the city: the maiden case we played through in our preview months ago sees you investigate a murder. You’ll learn about the two rival races—your traditional basic humans and the half-fish Innsmouthers. Each case delves deeper; you’ll learn about allegiances, cults, gods and more. The more bizarre that Oakmont becomes, the more you start to care about it. You’ll never want to live there, but there’s always an itch to learn more.

Your engagement with cases in Sinking City will depend on how much you enjoy repetition. Personally, I found the title to be on the easier side when compared to Frogwares’ previous works, namely Crime and Punishment and The Devil’s Daughter. There are a few cases, particularly in the final third, that stretch the mind to the point of creating a Charlie Day wall map, but they’re few and far between. 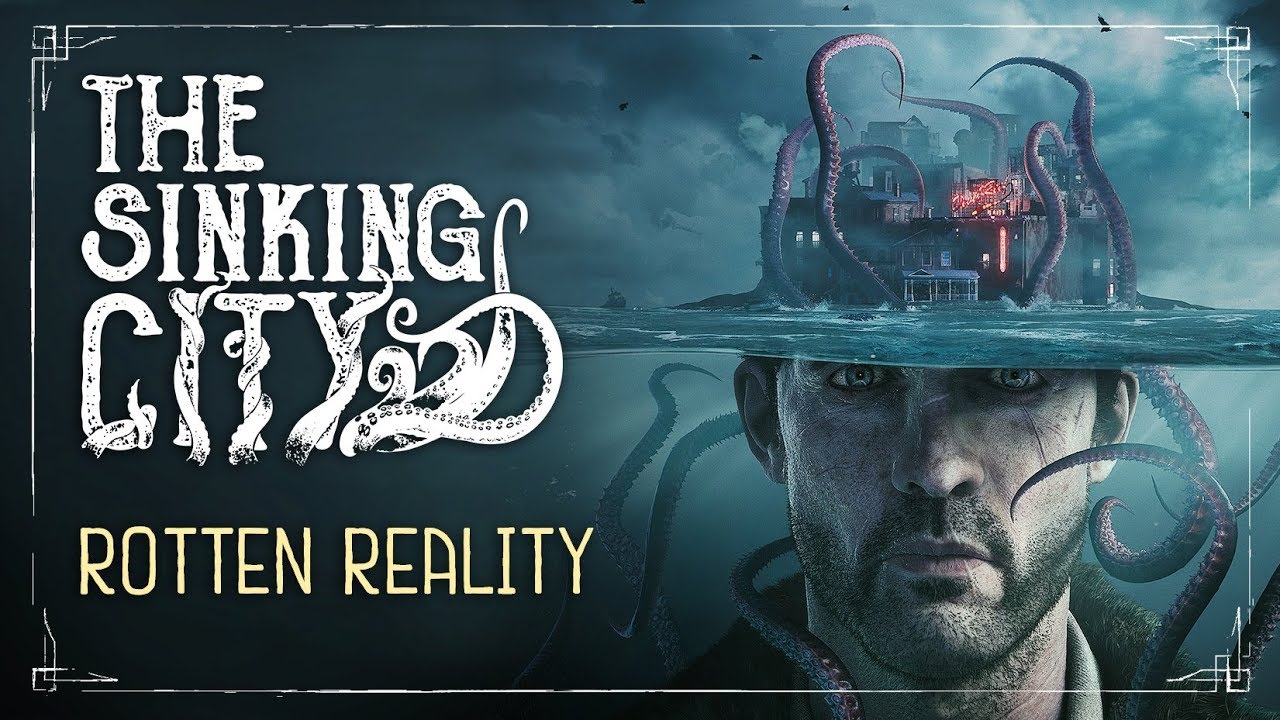 Most cases do unfortunately follow a rather basic structure. You’ll start with a hint which you’ll investigate by looking at records, either at the Library, Police Station, Hospital or Newspaper, and you’ll discover a location. From there, you’ll take part in a lot of conversations—something which will undoubtedly bore a more mainstream crowd of gamer—and you’ll spend a lot of time checking your map—refreshingly, there aren’t any quest markers here, you’ll have to find locations using actual directions.

Those who have played the previous Sherlock Holmes titles—which have had their share of Games with Gold and PS+ free periods—will know exactly what they’re in for. Crime scenes are interacted with at the most basic level. Key points are noted with a press of the “A” button, some objects may be interacted with for a closer inspection. Upon collecting each piece of evidence in an area, ghosts of past events will appear—you’ll be tasked with putting them together in the correct order. It’s a simple but effective way of making you feel like a private eye, the sprinkling of breaking and entering certainly makes it more believable.

Outside of talking with the jankily animated Oakmont populous and sniffing around private property, you’ll inevitably get to experience the unfortunately weak combat system that The Sinking City has to offer. With a lot of missions introducing forces combat sections, barely any case allows you to get by without a bullet being fired.

Human enemies are by far the weak link: with crushingly basic AI, you’ll be able to take them out with simple potshots as they stand by oafishly. The appearance of the eldritch enemy types isn’t a better experience by much, although they are far more interesting to look at. Everything from a knockoff facehugger to a 9-foot bulging-bellied vomit monster rears their ugly heads. While they’ll take a lot more bullets to go down than your average Joe—I’m sure at least one of these guys are called Joe—you can easily pause the game and craft more bullets if you so need.

Unfortunately, combat is on the weak side with guns feeling more like peashooters than actual firearms. Grenades are also laughably weak: you’ll swear that you threw a stink bomb instead of a high-grade explosive. Combat is far from the game’s strong point, but it is used in small bursts. Frogwares know where their strengths lie.

If The Sinking City sounds like your cup of tea, you’ll be pleased to know that it’s not your average dinky mug-sized cuppa, it’s a full thermos flask of tasty brew. (God, I’m thirsty!) Outside of the main quest, there’s a large number of optional sidequests that will reward you with much-needed experience points, crafting resources and stylish outfits. (There’s even a gangster outfit that allowed us to fully live out our Lovecraftian film noir fantasies.) It may have its issues, but there’s a lot to love here if you can look past them. 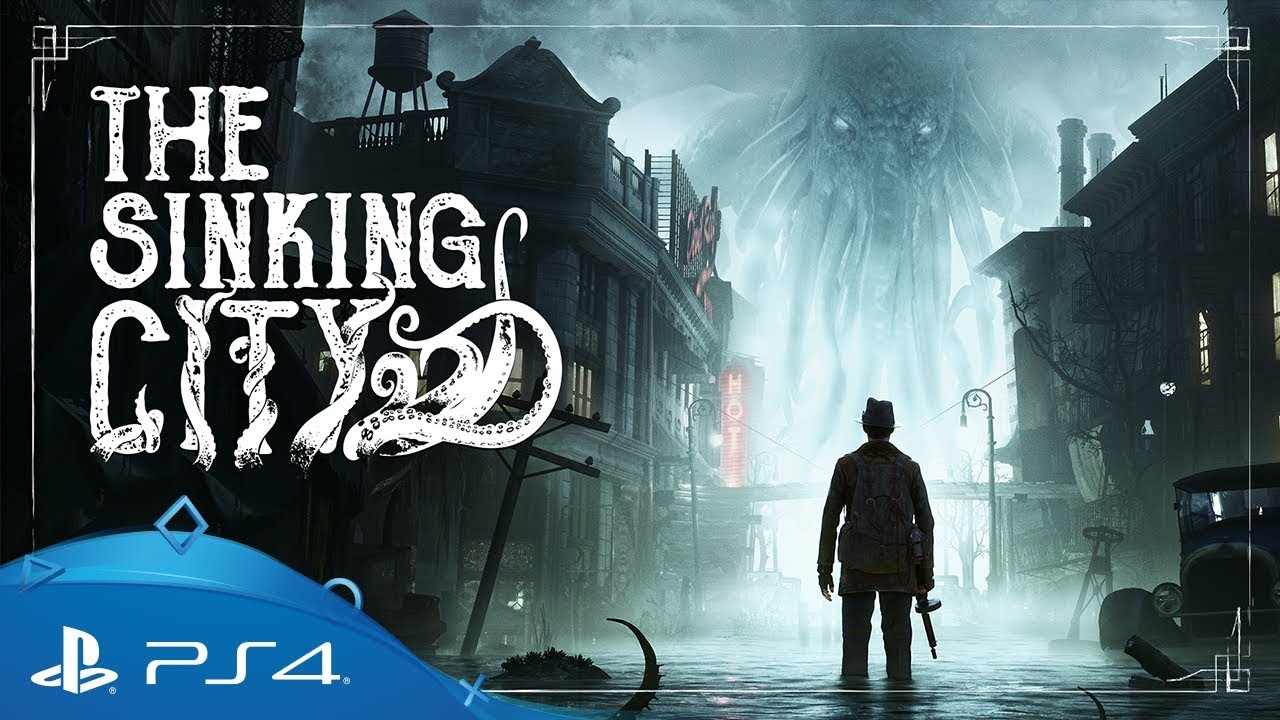 Without a doubt, The Sinking City is the best Lovecraft game we’ve ever seen. It’s still not a perfect title—for some reason, none are—but it’s a damn fun time as a Lovecraftian private eye. Hopefully, Frogwares will follow up with another Lovecraft title with stronger combat. But if investigating eldritch horrors in an entirely unique game world is what you’re after, you need to play this despite its flaws.