Do you like Crash Bandicoot? Do you like Spyro the Dragon? Do you think racing games are pretty solid? If you answered yes to at least one of these questions, then you’ll be thrilled to learn about the Spyro & Friends Grand Prix event in Crash Team Racing Nitro-Fueled.

This special Grand Prix event brings new characters, karts, and items to the game along with a brand new track. 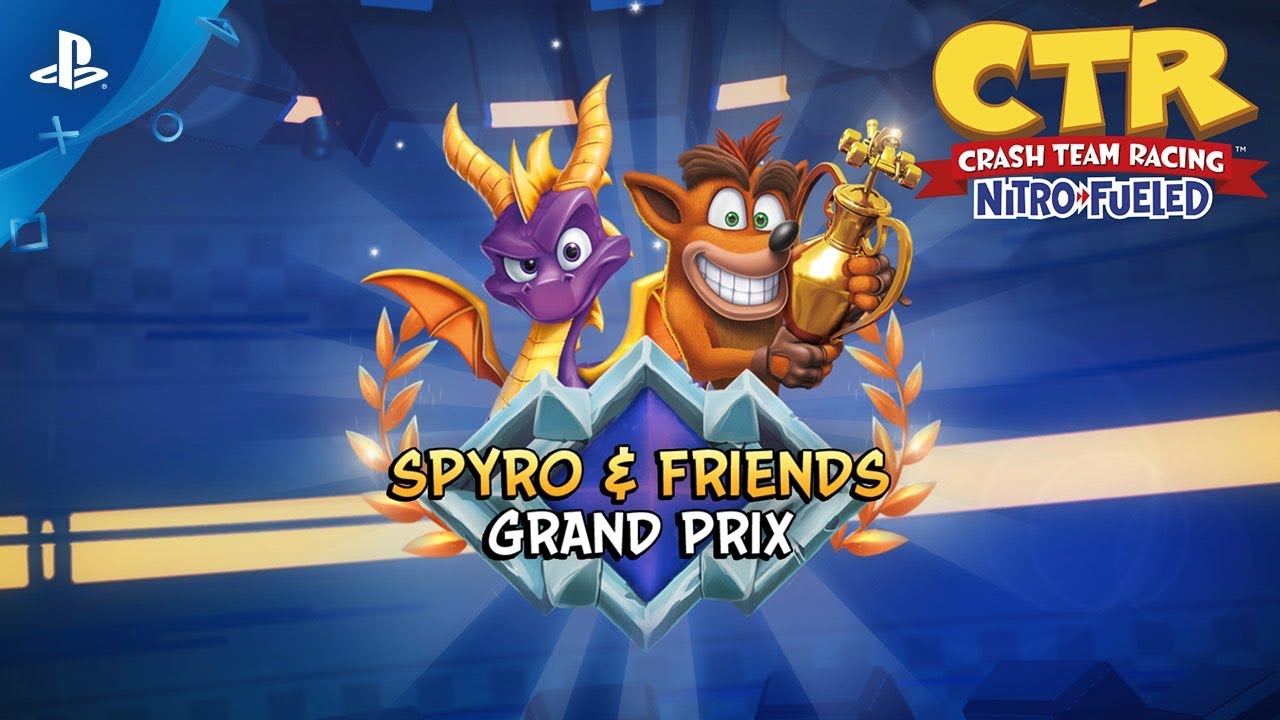 Of course, everything is Spyro themed – Spyro, Hunter, and even Gnasty Gnorc are coming along for the ride as unlockable playable racers.

Some of the new karts include the Spyromobile and Gnasty Ride, both of which look and ride exactly how you’re imagining. They’ll also be plenty of new skins, decals, stickers, and paintjobs, including Dark Spyro and Gnome Velo.

Perhaps the most exciting part of the event (aside from Spyro and Crash reuniting again) is the new Spyro Circuit The track takes inspiration from Spyro on every single level, with power-up crates replaced by chests, Wumpa fruit replaced by gems, and invincibility masks replaced by Sparx.

The track will take racers through a fast but frantic tour of the Spyro world, with the first hub located in the Artisans Homeworld. The track is as iconic as they come, with features inspired by Dark Hollow, the Magic Crafters Homeworld, High Caves, and Wizard Peak.

Of course, this isn’t the first time the purple dragon and orange bandicoot have crossed paths. The two first met in Crash Bandicoot Purple: Ripto’s Rampage and Spyro Orange: The Cortex Conspiracy (or Crash Bandicoot Fusion and Spyro Fusion, if you’re from Europe) on the Game Boy Advance all the way back in 2004.