Despite the fact that I’m dangerously low on fuel, supplies, and crew, I still feel optimistic about my journey throughout Albion. Right now, I’m simply delivering some cargo and a traveler I’ve picked up along my many voyages. Unlike most, I’m only exploring the vast eldritch landscapes of this Victorian vision of space purely for the experience. I’m not trying to get rich, I’m not attempting to be the big-bad-butcher of space-housed London: I’m traveling for the stories.

I’ve clashed with monsters that scream and launch huge balls of crackling energy; I’ve sacrificed crew members to gods that exist outside the bounds of the game map; I’ve eaten many a man. Upon my maiden voyage back down in the corrupted space gardens of The Reach, I wanted to explore everything within my grasp. Now, there are areas I don’t dare venture in again. While I do travel for the stories, some are better left untold.

Declaring my entire life as an enthusiastic traveler unfortunately doesn’t free me from the classic bout of Victorian-era capitalism. With a large crew housed within my small steam train, even a simple poet needs cash from time to time. Following on from earlier, all I need to do is make it back to a precious safe zone—a large port. Then, I’ll be able to dock my train, pen up the tales of my travels, and hopefully gather up a couple of supplies to keep myself from going hungry. After all, if I go hungry, my crew go in the stew pot.

As with everything in life, my plans don’t particularly go my way. I get pretty close, but my idiocy precedes common sense. Swirling around a corner, I notice a high-octane firefight. Two against one? That’s unfair! Well, now it’s three against one! Despite my vessel’s incredibly low amount of vitality, I join in.

Circling slowly around oncoming gunfire, I return shots as fast as they’re blasted in my direction. As a shot closes in on me, I go to dodge to the right, but my train’s heat is too high. Not only do I take damage for putting too much strain on the engine, but a second shot slams into me headfirst. My hull is destroyed, and the cold recesses of space suck my corpse out of its home.

Throughout this small journey, I could have taken many other paths that would have resulted in a far more favorable outcome. Maybe, if I didn’t decide to join in on the fight, I could have swirled around the outskirts and avoided it altogether. Stupendously, the possibility of looting supplies, fuel and maybe even scraps to repair my ship was too enticing to turn down. A smarter man than me would have.

That’s just the nature of Sunless Skies. It’s a journey that you make for yourself. You could spend your entire journey within its fascinating ethereal landscapes as a space taxi driver, taking passengers wherever they need. You could mine resources, murder to your heart’s content, become a journalist—although why you’d ever want to do that is beyond me.  There aren’t unlimited possibilities, everything is prewritten, but there are so many choices to pick from that you’ll never find yourself starved for content.

It’s no small feat for developer Failbetter Games to create such a detailed and engrossing experience. Most of your time may not even be spent wandering the beautiful-but-dangerous locales of Fallen London, but instead navigating spiels of well-written flavor text. It’s one of the most well-written experiences in gaming and one that makes reading fun again. While I enjoy reading the endless nonsense of The Elder Scrolls III: Morrowind’s NPCs, it can be a tiring experience. Sunless knows exactly what to tell you and exactly when to tell you. Many of the game’s magnificent moments can vary from foreboding and disturbing to utterly hilarious. You can chase a dog around your train—which may lead in your death—or you can spend your time chatting to the literal Devil. If Sunless Skies has anything, it’s variety.

As a game you could easily spend hundreds of hours exploring, Skies is surprisingly accepting of your time. Upon death, you don’t lose everything – even in the harder, roguelike Legacy mode. You will start with less than you had before, storylines will have to be recompleted, but you aren’t set immediately back to zero. The Merciful Campaign is even less strict on the consequences of death, allowing you to enjoy the treacherous domains without losing much progress. 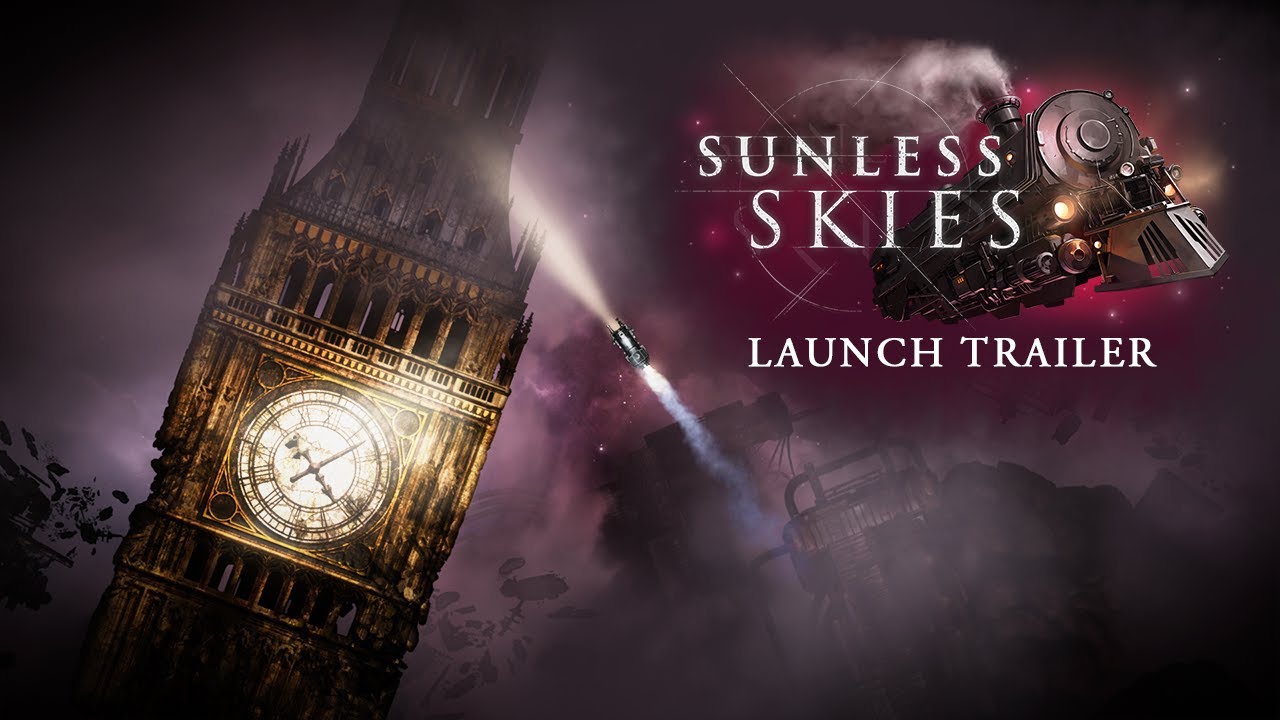 Above everything else, Sunless Skies is a unique experience. It may be similar to its predecessor, Sunless Seas, but it is wholly a game of its own. It feels remarkably smooth to control and it reads like a more adult Pratchett novel albeit roided up to beefcake levels of literary strength. While I have still yet to spend as much time with the game as I would have hoped to, quality oozes out from every corner of its weird, wonderful and worry-filled world.