OnePlus has been focussing a lot on mid-range smartphones since last year, and the company’s efforts have come to fruition as the Nord lineup has become a success.  The Shenzhen-based tech giant will continue to make mid-rangers, and OnePlus Nord N20 5G will the next smartphone to showcase the company’s effort in this segment. Luckily, we don’t have to wait until the launch as the renders of the upcoming Nord N20 5G smartphones just leaked online, revealing the smartphone from every angle.

91mobiles in collaboration with famous tipster @OnLeaks has revealed the renders of the upcoming Nord N20 5G, which will succeed last year’s OnePlus Nord N10. According to leaked renders, the smartphone has a very different rear camera module than its predecessor. It isn’t using a rectangular camera module, instead, it appears that the cameras and the LED flash are protruding from the back panel. Unlike its predecessor, the OnePlus Nord N20 5G will feature a flat design, which resembles the iPhone 13 mini.

The next-generation OnePlus Nord N20 has some similarities with its predecessor. For example, both N20 and N10 don’t offer the company’s popular alert slider. The placement of the punch hole camera and the presence of the 3.5 mm headphone jack are also some of the things that you will find common in both devices. The Nord N20 features the volume rocker and SIM card housing on the left edge, while the microphone and speaker grille can be found at the bottom.

As for the specifications, the Nord 20 5G is expected to feature a 6.43-inch AMOLED display and is said to be powered by the Snapdragon 695 5G SoC. It’ll offer a 48MP primary sensor, a 2MP lens, and a 2MP third sensor. The smartphone uses a 16MP snapper for taking selfies and video chats. Nord N20 5G will be available in Grey and Purple color options, as can be seen in the renders.

The leak, however, doesn’t give us the complete details about the specs of the upcoming Nord N20, leaving us wanting more. For example, we still don’t know the screen refresh rate, battery capacity, and the versions of Android it will be based on. We don’t know the exact release date either. Worst of all, it’s still not clear whether it’ll be called Nord N20 because there is a possibility that the Shenzhen tech firm may end up calling it OnePlus Nord CE 2 5G, according to the tipster.

We’ll know more about the OnePlus Nord N20, or whatever the company ends up calling it, as we move closer to the launch date. Meanwhile, you can visit MSPU for all the latest OnePlus-related news. 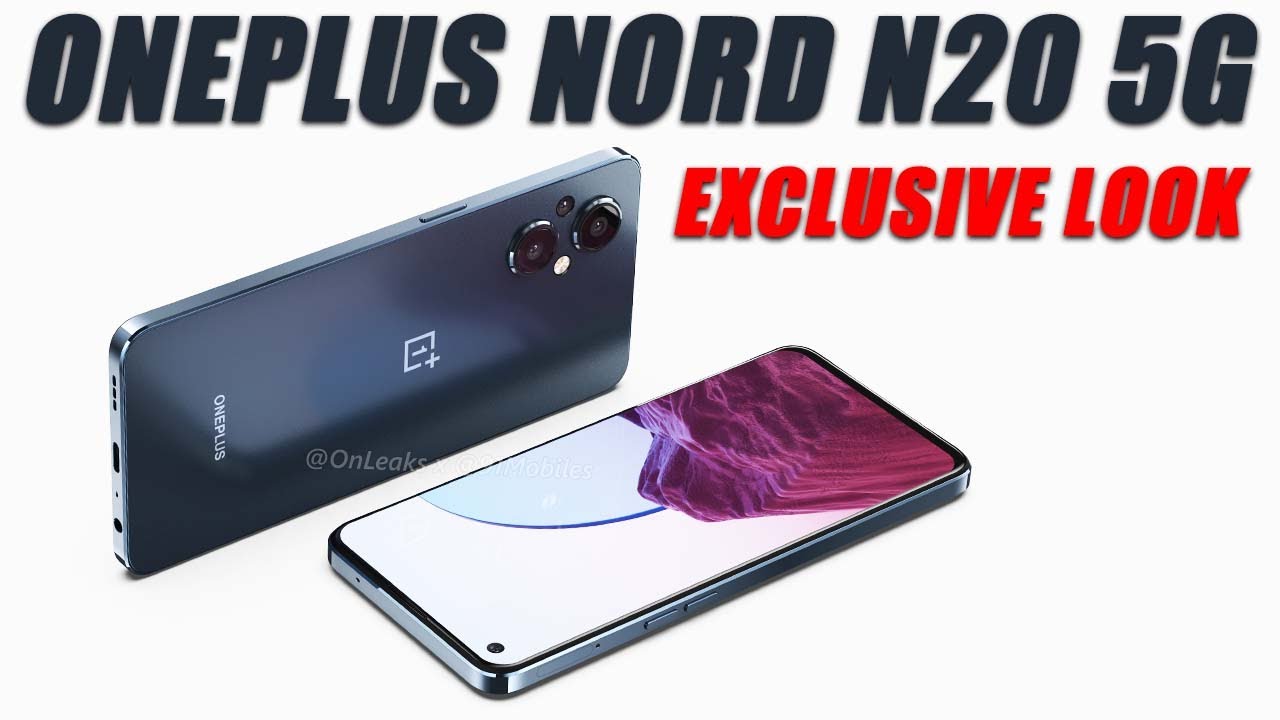