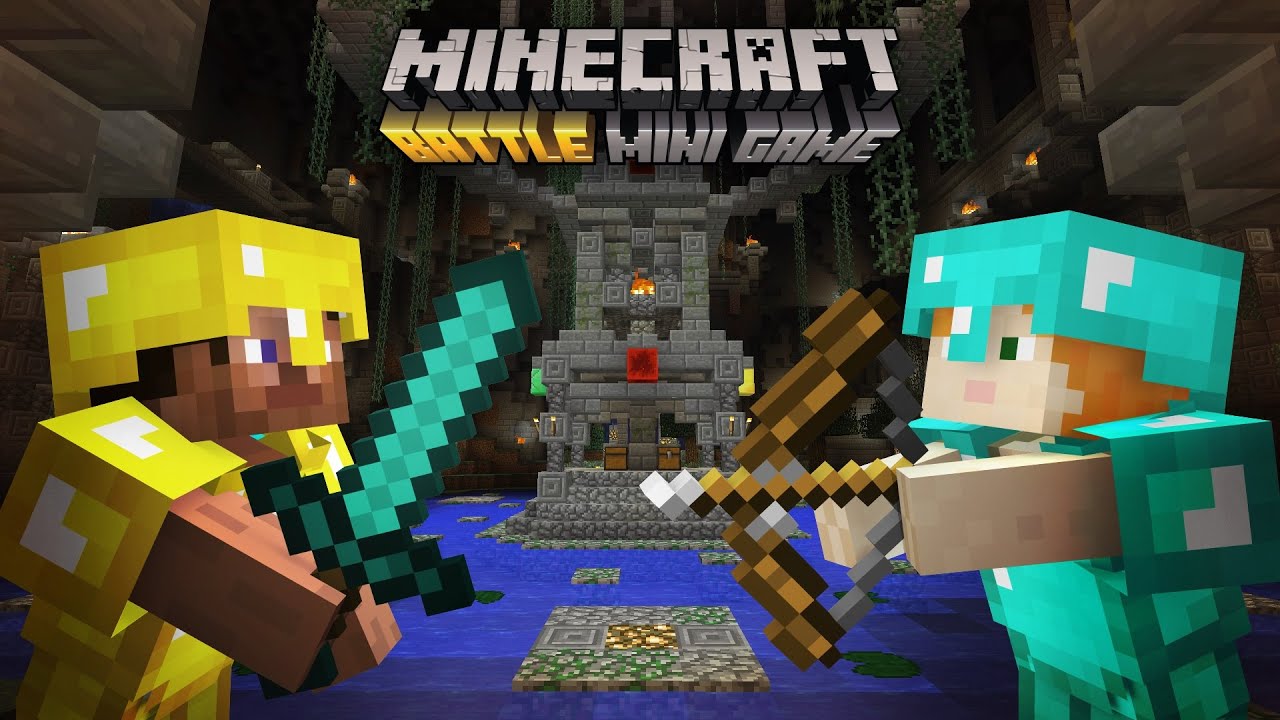 Minecraft Battle mini game is now available for download on gaming consoles. Battle is the first of several mini games Mojang is releasing for Console Edition. Battle will be rolling out as free update across Xbox, Xbox One, PS3, PS4, PS Vita and Wii U today.

It’s a last-minecrafter-standing deathmatch in which players tussle over resources and weapons in perilous arenas, fending off would-be assassins and their own hunger pangs. We’ve designed it specifically for consoles in mind – it’s super-accessible and fast-paced, made to support couch-based competition just as easily as online matchmaking. There’s no need to craft anything here, and you can loot inventories and equip armour with the tap of a button. Fall beneath your opponent’s blade (or enchanted fishing rod) and you respawn as a spectating bat, fluttering in the face of your nemesis.

Mojang will release more map packs down the line, each costing $2.99. For now, you can enjoy three free arenas included in this update.