In 2017 Microsoft purchased AltspaceVR, one of the pioneers in immersive communications. A bit like Second Life, AltspaceVR is a social platform for virtual reality. The service brings people together in virtual reality from over 160 countries to attend meetups, comedy shows, yoga classes, dance parties, and large-scale events hosted by NBC, Reggie Watts, Justin Roiland, Drew Carey and more.

Surprisingly, as a social platform, the app did not support custom Avatars, but that is about to change.

AltspaceVR says as their community grew, it became increasingly important that individuals seeking a new way to connect, share, and explore feel comfortable, welcome, and represented. Due to this, the team set out to build new avatars that prioritized customization and empowered authentic self-expression.

AltspaceVR says their new avatar system was built on a wide variety of “connective pieces” that unlock imaginative combinations. The new avatars give individuals the freedom to choose how they define and express things like gender or race, for example. With the new avatars, users will have access to every accessory, every body shape, and even a palette of alternative skin tones like blue or pink. They’ll be able to construct the version of themselves that will make them feel comfortable and safe, as well as allow them the freedom to explore their own curiosities around identity. Additionally, this “building block” approach to avatar selection is highly scalable and will give us the ability to continue to expand options well into the future.

Despite this customizability, each avatar is still rendered in AltspaceVR’s signature art style, so while each individual avatar can differ greatly from the next, in a crowd of avatars there is a comfortable uniformity and familiarity.

The company also put much thought and consideration into features like reactive eye-movements and expressive mouth movements. Two avatars engaged in conversation will lock eyes, blink, and gesture to one another.

AltspaceVR is gathering feedback regarding the change, which can be delivered here.

If you have a VR headset you can join the community via the app in the Store here. 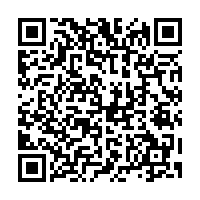