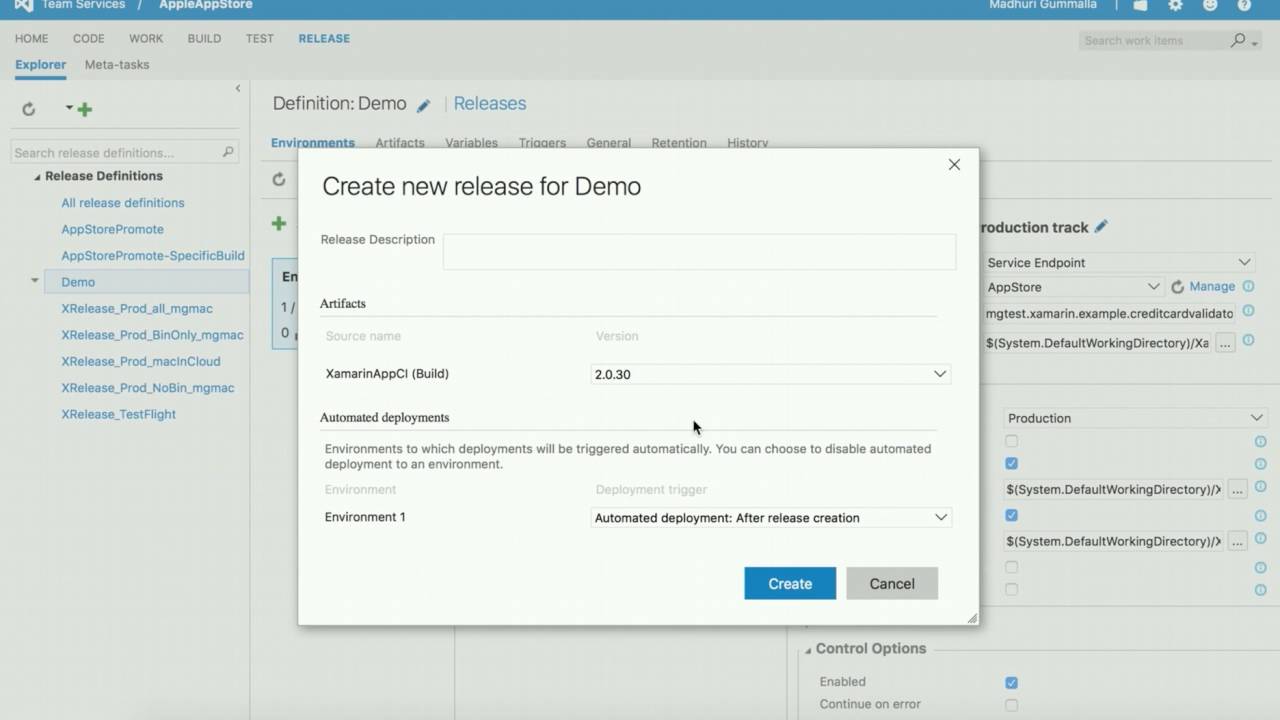 This extension contains a set of deployment tasks which allow you to automate the release and promotion of app updates to Apple’s App Store from your CI environment. This can reduce the effort needed to keep your beta and production deployments up-to-date, since you can simply push changes to the configured source control branches, and let your automated build take care of the rest.

The extension provides 2 build/release tasks and a service endpoint to manage your Apple App Store/iTunes Connect credentials. The tasks allow you to:

Similar to this, Microsoft has already released Google Play extension which allows developers to automate the release, promotion and rollout of app updates to the Google Play store from your CI environment.