Chalk this under Microsoft apps we didn’t see before but Microsoft has created yet another new photos app. Microsoft may have been chopping some of its older photography tools, but that doesn’t stop it from releasing new ones. Using its Microsoft research division, the firm has released an app called Fast Photo Organizer to help Windows Phone users

Do you have lots of photos on your phone but have trouble finding your favorites? With Fast Photo Organizer, you perform short tasks like rating and tagging to build up a collection of your top photos.

We have no idea when the app was published due to the Windows Phone store no longer showing such trifling details but we do know that it existed at least from May. It is unknown whether Microsoft plans to use its tagging and rating features to improve its OneDrive and Photos app photo storage capabilities, but we should hope so. The photos app on Windows 10 at the moment is very barebones, even lacking support for custom albums of all things.

It deserves a little more support from Microsoft, and the fact that an app like this exists makes the featurelessness of the former app even more egregious. 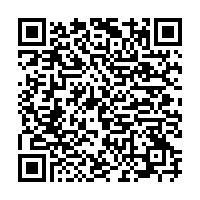