As part of Microsoft’s Defending Democracy Program, in a blog post today Microsoft announced a number of initiatives to address the scourge of fake news and other disinformation campaigns.

The first is Microsoft Video Authenticator. Video Authenticator can analyze a still photo or video to provide a percentage chance, or confidence score, that the media is artificially manipulated. In the case of a video, it can provide this percentage in real-time on each frame as the video plays. It works by detecting the blending boundary of the deepfake and subtle fading or greyscale elements that might not be detectable by the human eye.

Microsoft also announced a new technology that can both detect manipulated content and assure people that the media they’re viewing is authentic. This technology has two components. The first is a tool built into Microsoft Azure that enables a content producer to add digital hashes and certificates to a piece of content. The hashes and certificates then live with the content as metadata wherever it travels online. The second is a reader – which can exist as a browser extension or in other forms – that checks the certificates and matches the hashes, letting people know with a high degree of accuracy that the content is authentic and that it hasn’t been changed, as well as providing details about who produced it.

Microsoft is partnering with the AI Foundation, who, via the AI Foundation’s Reality Defender 2020 (RD2020) initiative, will make Video Authenticator available to organizations involved in the democratic process, including news outlets and political campaigns. Video Authenticator will initially be available only through RD2020, which will guide organizations through the limitations and ethical considerations inherent in any deepfake detection technology.

Microsoft is also partnered with a consortium of media companies including the BBC, CBC/Radio-Canada and the New York Times on Project Origin, which will test our authenticity technology and help advance it as a standard that can be adopted broadly. The Trusted News Initiative, which includes a range of publishers and social media companies, has also agreed to engage with this technology.

Microsoft is launching an interactive quiz for voters in the United States to learn about synthetic media, develop critical media literacy skills and gain awareness of the impact of synthetic media on democracy. The Spot the Deepfake Quiz is a media literacy tool in the form of an interactive experience developed in partnership with the UW Center for an Informed Public, Sensity and USA Today. The quiz will be distributed across web and social media properties owned by USA Today, Microsoft and the University of Washington and through social media advertising. 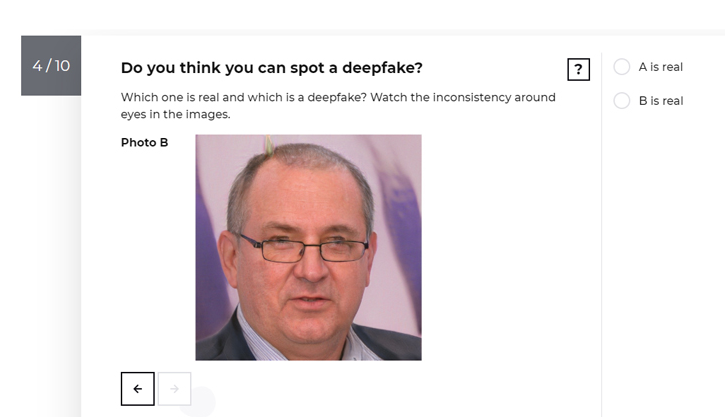 Microsoft is collaborating with the Radio Television Digital News Association, The Trust Project and UW’s Center for an Informed Public and Accelerating Social Transformation Program, to support a public service announcement (PSA) campaign encouraging people to take a “reflective pause” and check to make sure information comes from a reputable news organization before they share or promote it on social media ahead of the upcoming U.S. election. The PSA campaign will help people better understand the harm misinformation and disinformation have on our democracy and the importance of taking the time to identify, share and consume reliable information. The ads will run across radio stations in the United States in September and October.

In recent months Microsoft has significantly expanded its implementation of NewsGuard, which enables people to learn more about an online news source before consuming its content. NewsGuard operates a team of experienced journalists who rate online news websites on the basis of nine journalistic integrity criteria, which they use to create both a “nutrition label” and a red/green rating for each rated news website. People can access NewsGuard’s service by downloading a simple browser extension, which is available for all standard browsers. It is free for users of the Microsoft Edge browser.

Read more about the initiatives at Microsoft here. 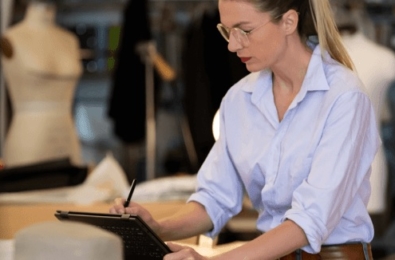