Recently, Microsoft released the Desktop App Converter (aka Project Centennial) for Windows 10. With the Desktop App Converter, developers are able to convert their Win32 apps to a Universal Windows App, allowing them to distribute it via the Windows Store. The converted apps are pretty much like the original Win32 apps, and you won’t see much difference between the converted and the Win32 app, which is what developers want.

Microsoft has been internally testing a new app which will allow developers to distribute their Centennial apps very easily: the Desktop App Installer.

Now that app has showed up in the windows store, seemingly available to Windows 10 users on Redstone.

The Desktop App Installer lets developersinstall .appx or .appxbundle files on their Windows 10 PC, without having to use Powershell or writing any commands into the CMD. Similar to Windows 10 Mobile, users will be able to double click on a .appx or .appxbundle file from the File Explorer and install it using the Desktop App Installer on their PC.

As far as we know developers can’t yet submit their Centennial apps to the Windows Store as Microsoft is going to add support for Centennial apps with the Anniversary Update for Windows 10, which is expected to get released later this summer. Until then, developers can let users download their converted .appx files which users can install their on Windows 10 PC using the Desktop App Installer. 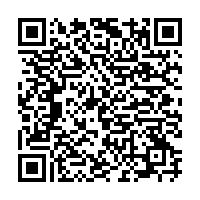