Microsoft today announced general availability of the new Office app for iOS and Android devices. Based on the feedback from beta users, Microsoft made improvements in this first public version of the app. Some of the improvements include support for third-party storage services including Box, Dropbox, Google Drive, and iCloud; templates to help you create new documents, spreadsheets, and presentations; and general performance improvements.

Along with this announcement, Microsoft also announced three new features that will be available soon for this new Office app.

Let Word turn your voice into written text and use voice commands and simple toolbars to easily apply the right formatting and punctuation you need.

View and edit data in an Excel table row in a simple, digestible card format so you do not have span across columns that extend beyond the limits of the screen.

Write your presentation content as a simple outline and let PowerPoint Designer turn it into presentable slides with the proper styling, formatting, and iconography of your content. 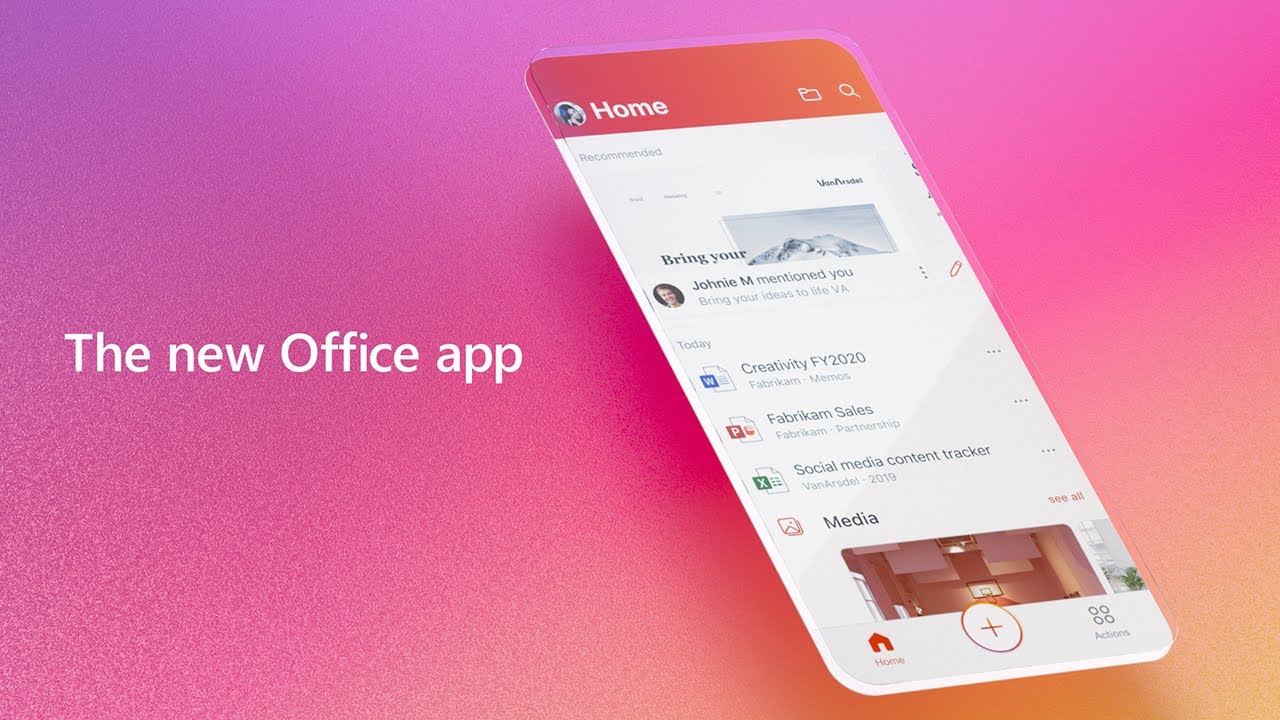