Voice notes and voice recordings are an increasingly convenient way to record notes on your PC and/or phone. They capture the audio of the world around you, and you can come back to them for reference and be sure that you have exactly what you wanted as opposed to an interpretation or shorthand.

Why would I want to use voice notes, isn’t writing better?

Voice is sometimes better than writing, especially when you don’t have time to listen and take notes at the same time. If you’re conducting an interview for one, or you’re practising a speech and want to get feedback on your oral delivery.
To give a personal example, I’m currently taking a course where I have to critically reflect and improve an aspect of my life, and having access to unfiltered my stream of consciousness thoughts in a way that writing it down or using a note-taking app doesn’t provide has been a godsend.

How can I take voice recordings on Windows 10?

Using the native Windows 10 app, Microsoft provides a native, beautiful, voice recording app. It’s a little basic that being said, but allows you to make some minor edits to your voice recordings, as well as share them to other apps –like Microsoft’s own OneNote.

Where can I find my voice recordings?

Like many other things in Windows nowadays, voice recordings made with the native Windows 10 Voice Recorder app are automatically backed up to OneDrive. They can be found under the “Sound Recordings” folder in My Documents locally, and are backed up to a corresponding folder in the cloud. You can access them on the Onedrive app on iOS and Android as well under the “Documents” folder.

Ok, but what else can I do with my voice recordings?

There are several internet sites and web-apps that are built to let you transcribe your audio recordings into text. I use the Voicebase web-app which offers free — albeit somewhat garbled — machine transcription functionality when transcribing interviews and longer recordings.

You’re also free to attach them to apps like Evernote and OneNote which let you attach arbitrary files to your notes in order to enhance your note-taking experience. While many of these apps offer voice recording functionality themselves, if you’ve already made pertinent recordings, you can still attach them.

Help! I’ve somehow deleted my Windows Voice Recorder app because I thought it was useless! 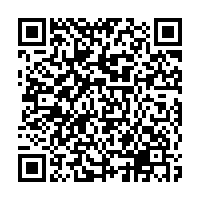