Windows 10 2004 or the May 2020 update brought a large number of tweaks for consumers, but Microsoft worked even harder to add features for IT Pros, including Windows Subsystem for Linux improvements, deployment improvements, improved virtualization and much more.

Below is Microsoft’s list of new and updated features and content that are of interest to IT Pros. Besides those improvements, the update also contains all features and fixes included in previous cumulative updates to Windows 10, version 1909.

In this release, Windows Defender System Guard enables an even higher level of System Management Mode (SMM) Firmware Protection that goes beyond checking the OS memory and secrets to additional resources like registers and IO.

With this improvement, the OS can detect a higher level of SMM compliance, enabling devices to be even more hardened against SMM exploits and vulnerabilities. This feature is forward-looking and currently requires new hardware available soon. 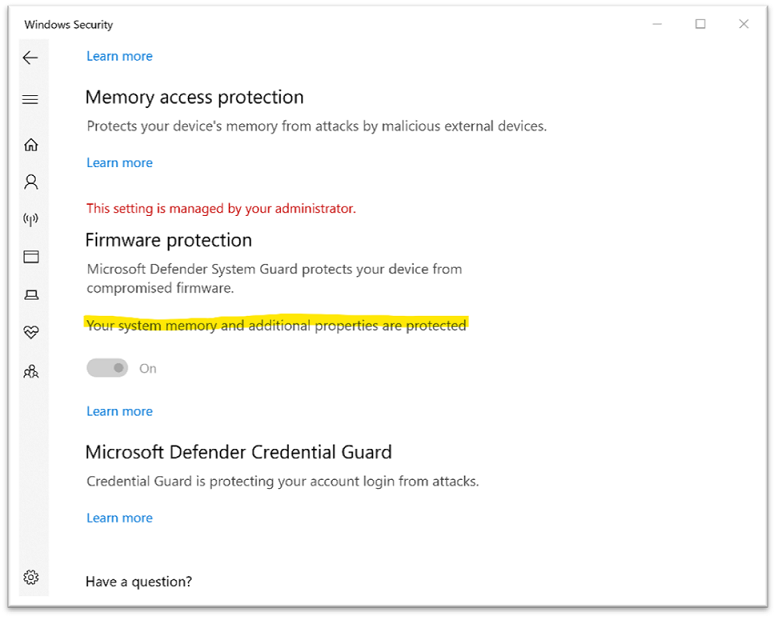 Windows Defender Application Guard has been available for Chromium-based Edge since early 2020.

Improvements in Windows Setup with this release include:

For more information, see Windows Setup enhancements in the Windows IT Pro Blog.

SetupDiag is a command-line tool that can help diagnose why a Windows 10 update failed. SetupDiag works by searching Windows Setup log files. When searching log files, SetupDiag uses a set of rules to match known issues.

With this release, you can configure Windows Autopilot user-driven Hybrid Azure Active Directory join with VPN support. This support is also backported to Windows 10, version 1909 and 1903.

If you configure the language settings in the Autopilot profile and the device is connected to Ethernet, all scenarios will now skip the language, locale, and keyboard pages. In previous versions, this was only supported with self-deploying profiles.

MDT version 8456 supports Windows 10, version 2004, but there is currently an issue that causes MDT to incorrectly detect that UEFI is present. This issue is currently under investigation.

For the latest information about MDT, see the MDT release notes.

Windows PowerShell cmdlets have been improved:

The following Delivery Optimization policies are removed in this release:

Windows Update for Business enhancements in this release include:

Windows Sandbox is an isolated desktop environment where you can install software without the fear of lasting impact to your device. This feature was released with Windows 10, version 1903. Windows 10, version 2004 includes bug fixes and enables even more control over configuration.

Windows Media Player is also added back to the Sandbox image in this release.

Windows Sandbox also has improved accessibility in this release, including:

With this release, memory that is no longer in use in a Linux VM will be freed back to Windows. Previously, a WSL VM’s memory could grow, but would not shrink when no longer needed.

WSL2 support is has been added for ARM64 devices if your device supports virtualization.

For a full list of updates to WSL, see the WSL release notes.

Windows 10 is an integral part of WVD, and several enhancements are available in the Spring 2020 update. Check out Windows Virtual Desktop documentation for the latest and greatest information, as well as the WVD Virtual Event from March.

This release enables explicit control over when Windows automatically restarts apps that were open when you restart your PC.

Several enhancements to the Windows 10 user interface are implemented in this release:

Cortana has been updated and enhanced in Windows 10, version 2004:

You can now rename your virtual desktops, instead of getting stuck with the system-issued names like Desktop 1.

Pairing Bluetooth devices with your computer will occur through notifications, so you won’t need to go to the Settings app to finish pairing. Other improvements include faster pairing and device name display. For more information, see Improving your Bluetooth pairing experience.

The following items are added to Task Manager in this release:

New DirectX 12 features are available in this release.

A new tablet experience for two-in-one convertible PCs is available. The screen will be optimized for touch When you detach your two-in-one’s keyboard, but you’ll still keep the familiar look of your desktop without interruption.

With this update, devices running Windows 10 Enterprise or Windows 10 Pro for Workstations with multiple displays can be configured to prevent Windows from using a display, making it available for a specialized purpose.

To prevent Windows from using a display, choose Settings > Display and click Advanced display settings. Select a display to view or change, and then set the Remove display from desktop setting to On. The display will now be available for a specialized use.

Windows 10 2004 is now generally available and can be downloaded from MSDN, the Windows Media Creation Tool or Windows Update.