Earlier today, Microsoft kicked off its annual developer conference with a keynote from Microsoft’s CEO, Satya Nadella. This was followed by technical sessions on different topics which laid down a foundation of what should be expected in the future. If you couldn’t keep up with all the sessions then head below to check out the highlights of Day 1 of Build 2019.

Let’s kick off the list with the obvious. The first day of Build was filled with Azure. The keynote delivered by Satya focused on the advantages of Azure and some numbers that will make investors feel good. Satya also talked about the use of Azure to power different Microsoft services. Moving on, Microsoft also invited Starbucks to show how Azure has been helping them serve customers better. Starbucks talked about the data that’s helping them create a selection of food and beverage customized for the customers based on preferences, popularity, weather and so on. The company is doing this by connecting its drive-thru and coffee machines to the web and analyzing the order patterns, and pair it with other available data like location and time to create a customized list for the customers to order from.

Moving on Microsoft also showcased the Azure speech service that will help organizations in real-time transcription. The device known as Microsoft Cone was showcased last year as well and is now better so it won’t break if you use tech jargons and acronyms. Apart from that, Microsoft also talked about the Bot Framework and Autonomous Systems.

Next up, Satya talked about Microsoft 365 and how it’s helping organizations to collaborate using the cloud. Microsoft 365 consists of Windows, Office, Edge, Teams and uses Microsoft Graphs to help organizations collaborate on different services easily. Unfortunately, most of the Microsoft 365 elements are for enterprise and not for customers. However, one service that was on the back burner for quite some time is finally a priority. At Build this year, Microsoft talked a lot about Search and Cortana and the features that Microsoft plans to bring in the future. One thing that I personally loved is the use of Conversational AI to make Cortana work better for the users. Microsoft even showed a use case scenario where Cortana was more vocal and knew what the user was talking about. The video looked something out of Star-Trek and you can check it out below. 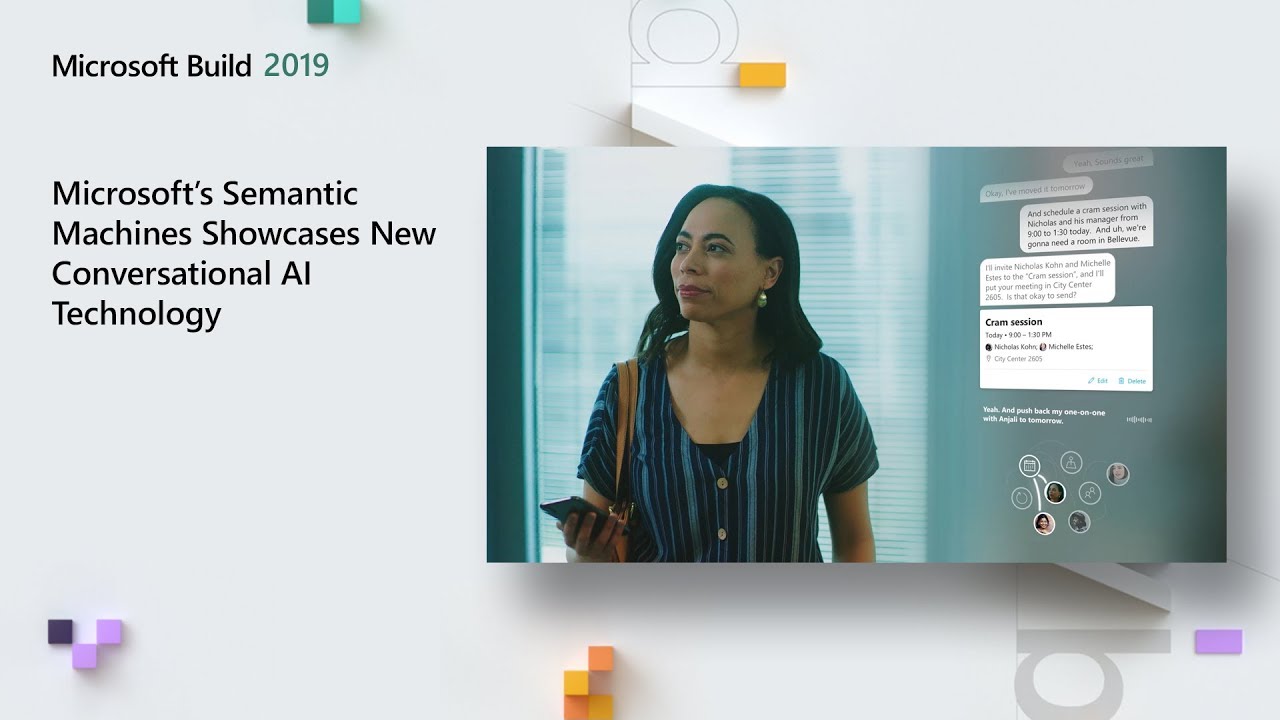 Back in December 2018, Microsoft announced that they’re going to rebuild Edge using Chromium. At Build, Microsoft showcased the new features coming to Edge in the future. During the Edge section of the Keynote, Satya talked a lot about the privacy aspect and it’s good to see Microsoft concerned about user privacy. Microsoft also showcased collections, privacy levels which are coming to Edge soon. The Edge team also noted that while Edge is now based on Chromium, they don’t want to stick just to the features provided by the Chromium framework. Microsoft is working on their own set of features and is contributing to Chromium at the same time.

Microsoft also confirmed the existence of Edge for Mac and we even got a chance to try it out. As of now, Microsoft is focused on making sure Edge is done right so there’s no ETA on when can we expect an official rollout.

One of the things that I absolutely loved at Build today was the Fluid Framework. Fluid Framework will allow users to collaborate in real-time on documents without a significant lag. Currently, the collaboration tools usually have a significant lag which is something Microsoft plans to abolish with the Fluid Framework. Microsoft also plans to add it to Office apps like Word and Teams so people can collaborate and edit data in real-time and the best part is that the edits and changes will reflect in real-time across services. So if you paste an Excel spreadsheet on Teams and it gets edited later on, the edited sheet will show up on Teams.

In recent years,  Microsoft has focused a lot on Gaming and it made sense for them to talk about it at their annual developer conference. The company talked about the whole Microsoft Game Stack powered by, you guessed it, Azure. The company also threw in some numbers related to gaming which included 63 million Xbox Live users and 1 billion Azure PlayFab accounts. Lastly, we also got a sneak peek at what might be an AR Minecraft game for mobile devices. Microsoft showed around a minute long clip teasing Minecraft AR which is supposed to launch on May 17th. 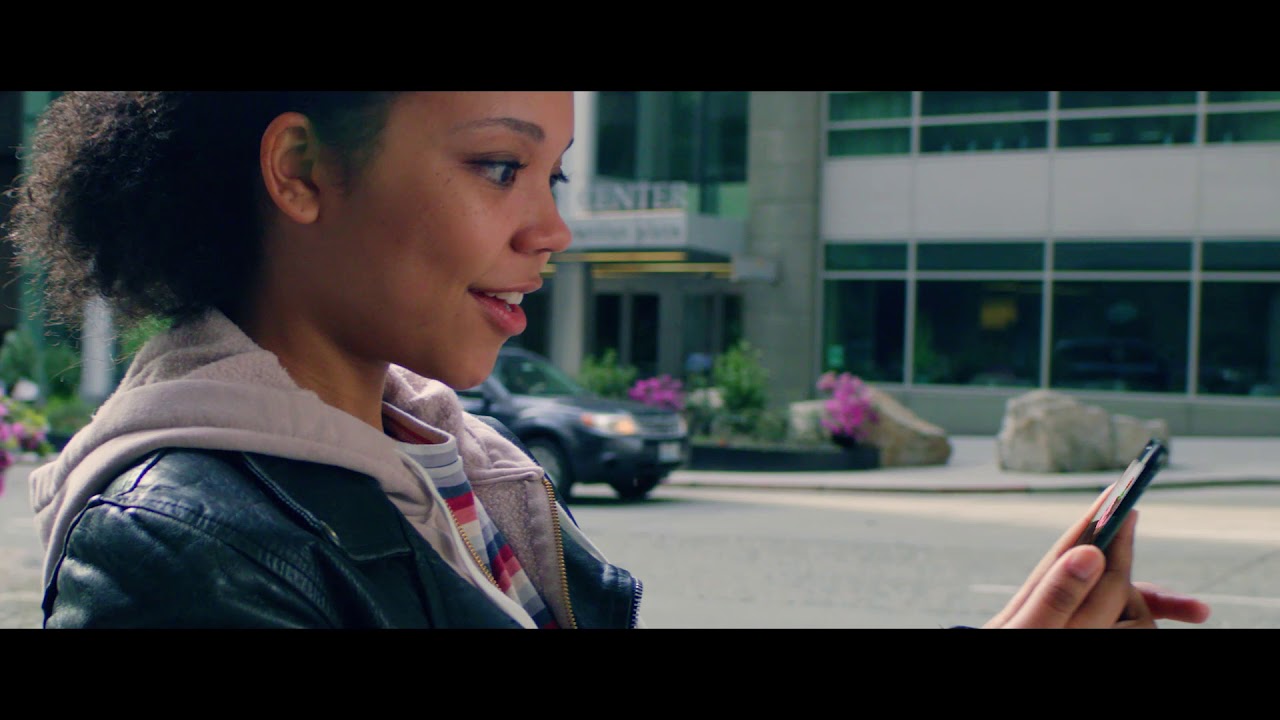 HoloLens was sort of a surprise at the Build but, unfortunately, failed miserably at the start of the conference. However, the goof-up was made up by an awesome demo from the Spatial team. Spatial showcased how HoloLens combined with Microsoft Teams can re-innovate the boring office meetings. The demo showed features of HoloLens 2 as well. We also got an opportunity to try out HoloLens 2 with Spatial.

The HoloLens 2 is definitely a nice upgrade over the older HoloLens. The work Spatial is doing is great and their integration proved that there are tons of opportunities when it comes to the use case of HoloLens. That said, the tech is unfortunately not completely accurate. There are glitches and issues that we faced during our hands-on but we expect them to be ironed out once the development is complete.

Overall Microsoft managed to put up a decent opening day of Build 2019. This year the company changed the format of the keynote as well which was definitely welcomed. However, for some reasons, Microsoft skipped Windows entirely. The company just rolled out Windows 10 May 2019 Update and we were expecting to hear more about the future of Windows which didn’t happen. Of course, there were technical sessions focusing on Windows Terminal, Office, Edge and other aspects but none focusing solely on Windows 10 and the future of Windows. That said, it’s just the first day of the conference so we do expect to see more stuff tomorrow. In the meantime, we do hope that the article provided an insight into all the major announcements today. If you think we missed any of the announcements then feel free to mention them in the comments section below.