Last night Google unveiled a bunch of devices including the much-anticipated Pixel 3 among others. Google has now posted a couple of promotional videos o3n YouTube showcasing these new devices.

Google announced the Hub as a way to compete with Amazon Echo in the smart speaker marketspace. The Google Hub comes with Google Assistant built-in. With the new Home Hub, you can get hands free help that you can hear and see. You can just say “Hey Google” to get step-by-step recipes, watch how-to videos, listen to music, check your calendar, and more. You can even add to your shopping list or make a purchase with Google Express.

Google Pixel 3 and Pixel 3 XL were the most anticipated (most leaked) devices. Both the devices come with the same spec sheet which includes a Qualcomm Snapdragon 845 processor, 4GB of RAM and 64GB/128GB storage. The device will have Android Pie out of the box. Google is also bundling the USB Type-C earphones and a lot of dongles to make up for the missing headphone jack.

With the Pixel 3 and Pixel 3 XL, Google also announced Pixel Stand which works as a docking station as well as a wireless charger. The Pixel Stand would allow users to use their phone as a smart speaker as well. 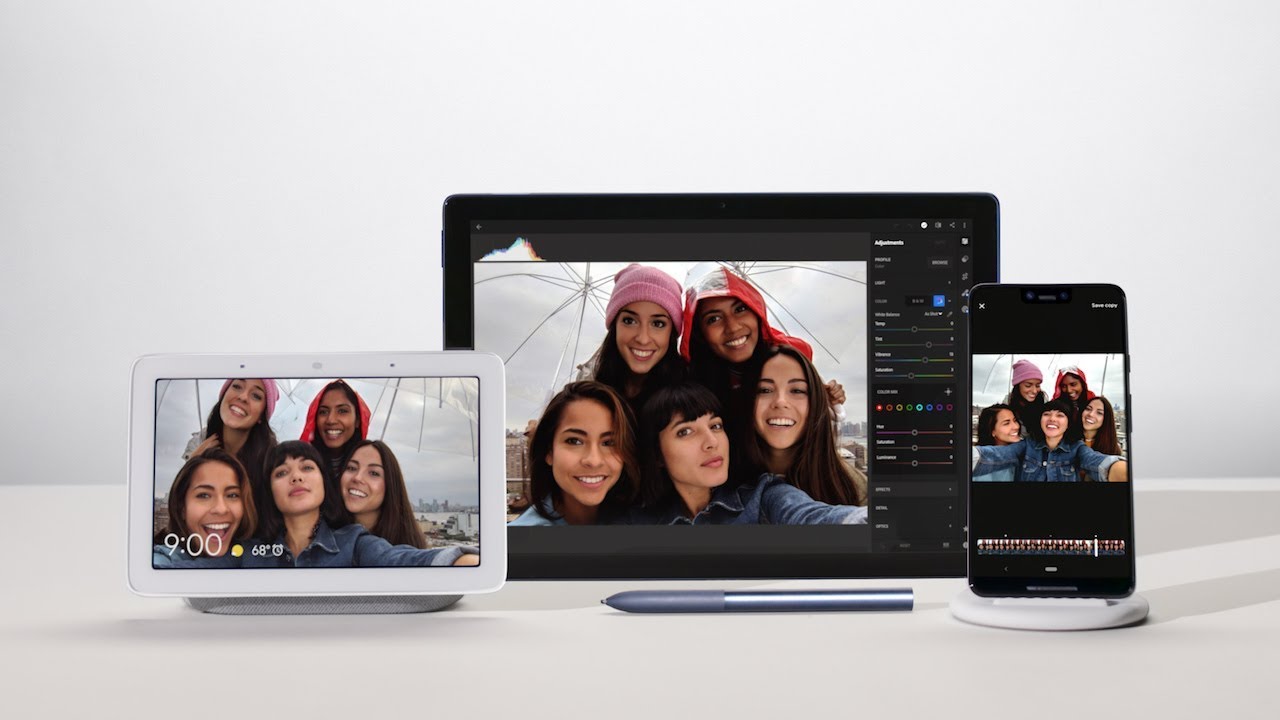